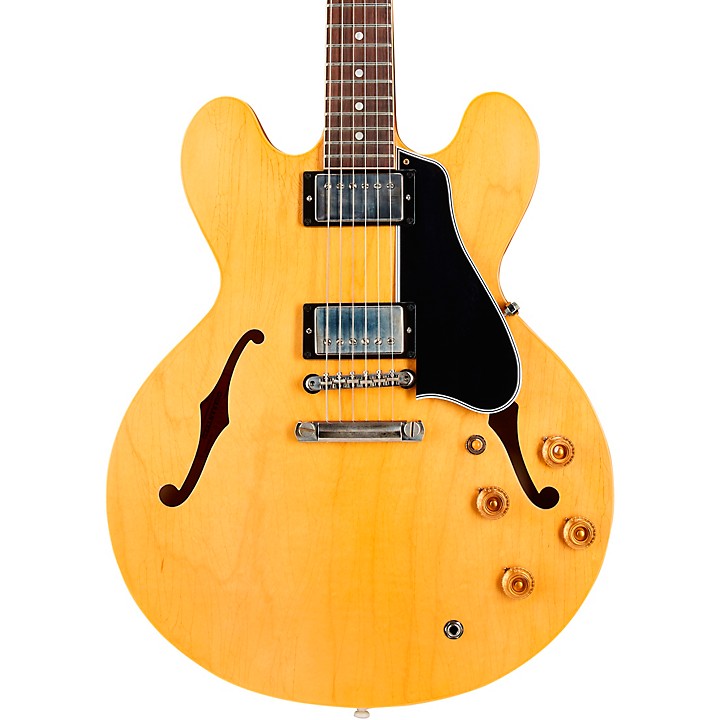 The Gibson Custom Murphy Lab 1959 ES-335 Reissue is a historically accurate semi-hollowbody that looks and sounds like it was made over 60 years ago. Eric Clapton played a ’59 during his blues tour; this ES-335 has the same woody honk, but it's versatile enough for any genre. To build the guitar, Gibson spent an entire year examining original examples. They chemically re-created plastics and reverse-engineered lacquer formulas, nailing down every last detail. With an Ultra Light aging by the Murphy Lab, the Custom Shop 1959 ES-335 is a dead ringer for a vintage instrument. Available now from Guitar Center, it would be a welcome addition to anyone's collection.

All of the hardware on the ’59 ES-335 reissue matches original specs, from the ABR-1 tune-o-matic bridge and the aluminum stop bar tailpiece to the Kluson single line, single ring tuners. Each piece is lightly aged by the Murphy Lab.

Master Artisan Tom Murphy was instrumental in the creation of Gibson Custom Shop. For the last 25 years, he's replicated the look of vintage guitars on new instruments. This ES-335 goes through his Ultra Light aging process. There is slight lacquer checking, but very little playing wear. It looks like an instrument that has spent most of its life in the case. The Gibson Custom Murphy Lab ES-335 Reissue comes with a certificate of authenticity and a brown/pink Lifton reissue 5-latch case.
Features