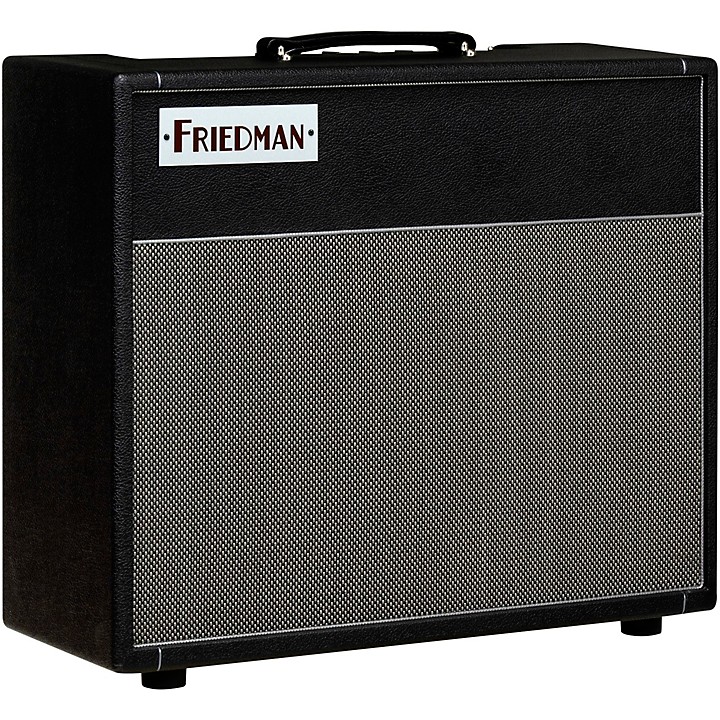 Notify me when this item is in stock.
Protect your gearLearn more
Cover drops, spills or cracks with Pro Coverage
Get Your Gifts on TimeSpeak with a Gear Adviser to ensure holiday delivery866-498-7882
See All Friedman Tube Combo Guitar Amplifiers

Friedman’s popular Dirty Shirley combo was designed for guitarists that wanted a Vintage Classic Rock tone inspired by British tube amps from the 60’s and 70’s.&nbsp; And what’s better than one Dirty Shirley? TWO DIRTY SHIRLEYS! Introducing the Twin Sister!

The Twin Sister is a 40-watt, 5881 powered, dual channel 1x12” combo based on a modified JTM 45 but still delivers the signature British tone for which Friedman has become known for. The amp features two identical channels that can give you everything from gorgeous sparkling cleans to a glorious vintage crunch and beyond! Extremely versatile, the Twin Sister can produce many styles of music from blues to rock and country by just adjusting the structure, gain and master controls.

Handcrafted in the USA, the Twin Sister combo utilizes tongue and groove Baltic Birch construction and houses a 16 ohm, 12” Celestion G12M Creamback speaker that deliver the bass, mid response and signature sound you would expect from a Friedman amplifier.

The Twin Sister features all the beautiful finishing and solid construction that you would expect from a Friedman amplifier. Designed to take pedals and loves boosts, OD’s, phasers, flangers, tremolos and wahs, while the ultra-transparent series effects loop handles your time-based effects pedals and rack units.

Dave Friedman has been building, modding and repairing guitar rigs and amplifiers for many of the world’s biggest stars such as Eddie Van Halen, Jerry Cantrell, and Steve Stevens for the past 25 years Friedman’s innovative designs and meticulous construction have made him legendary in the world of professional touring musicians while earning him a loyal clientele from all over the world. One of Friedman’s mainstays has been modifying amps to each player’s specific tonal palette, and to consult with other established amplifier companies to improve their own designs.

Dave Friedman’s extensive knowledge and pursuit of tonal superiority inspired him to develop his own series of production amplifiers under the name Friedman Amplification. In the past, having Friedman build or modify your amp required a certain level of notoriety, but now his sonic wizardry is available to everyday players.

Each Friedman amplifier is hand-wired in the U.S.A. using only hand selected components. You can buy with confidence because Friedman Amps are designed and built to last a lifetime.

The History of the Chorus Pedal

The Best Chorus Pedals of 2021

How to Choose the Best Overdrive Pedal