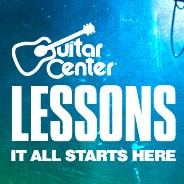 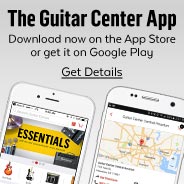 false { "pageUrl":"GuitarCenterApp://ProductListingsPage", "pageParams":"srcURL=/Arranger-Keyboards.gc?N=22354" }
40 Matches
Page: 1 2 Next
Page: 1 2 Next
Was:
false
Present-day electric keyboards can trace their origins back to the synthesizers of the 1960s. Technology has taken some big steps in the decades since, and today's models are head and shoulders ahead in terms of feel and features. A modern keyboard with a well-made movement feels so similar to the action of an acoustic piano that it can be hard to tell them apart by feel alone. Arranger keyboards also come with a wide selection of tools and instrument voices, making them some of the most versatile instruments in existence. What sets an arranger keyboard apart from other varieties of keyboard is the electronic brain built into it. They're made to be all-in-one instruments for arranging complex pieces. These keyboards are available with a range of supported audio formats, enabling you to do things like playing along with a prepared MIDI sequence or music file. You can use an arranger keyboard's many synthesizer voices to play an entire band's worth of instruments, and its mixing functions to layer all of them together into a completed song.

There are arranger keyboards made for every skill level, so it doesn't matter if you're a beginner or a veteran. With some keyboards, you'll get built-in speakers that make them akin to a full studio in a single piece of hardware. Others, like the more high-end models, are made to be connected to studio monitors or headphones to take advantage of the sound quality those speakers offer. For the greatest digital flexibility, one thing to look for in a keyboard is USB connectivity, which will allow you to import and export audio to and from your preferred digital audio workstation on your Mac or PC. Your goal in choosing an arranger keyboard is to match it to your usage. If you play recreationally, a keyboard with modest features will be able to satisfy your needs. But, if you're a career recording artist or studio engineer, you'll probably want a full-featured professional model instead. The higher-end keyboards will give you access to more advanced pro-oriented features, such as the ability to sample your own voices for the keys. Keyboards are the ultimate mimics of the music industry, given their ability to synthesize virtually any instrument. That makes them incredibly adaptable. With an arranger keyboard, you get that versatility together with useful arranging and mixing tools to effectively put an entire studio at your disposal all at once.