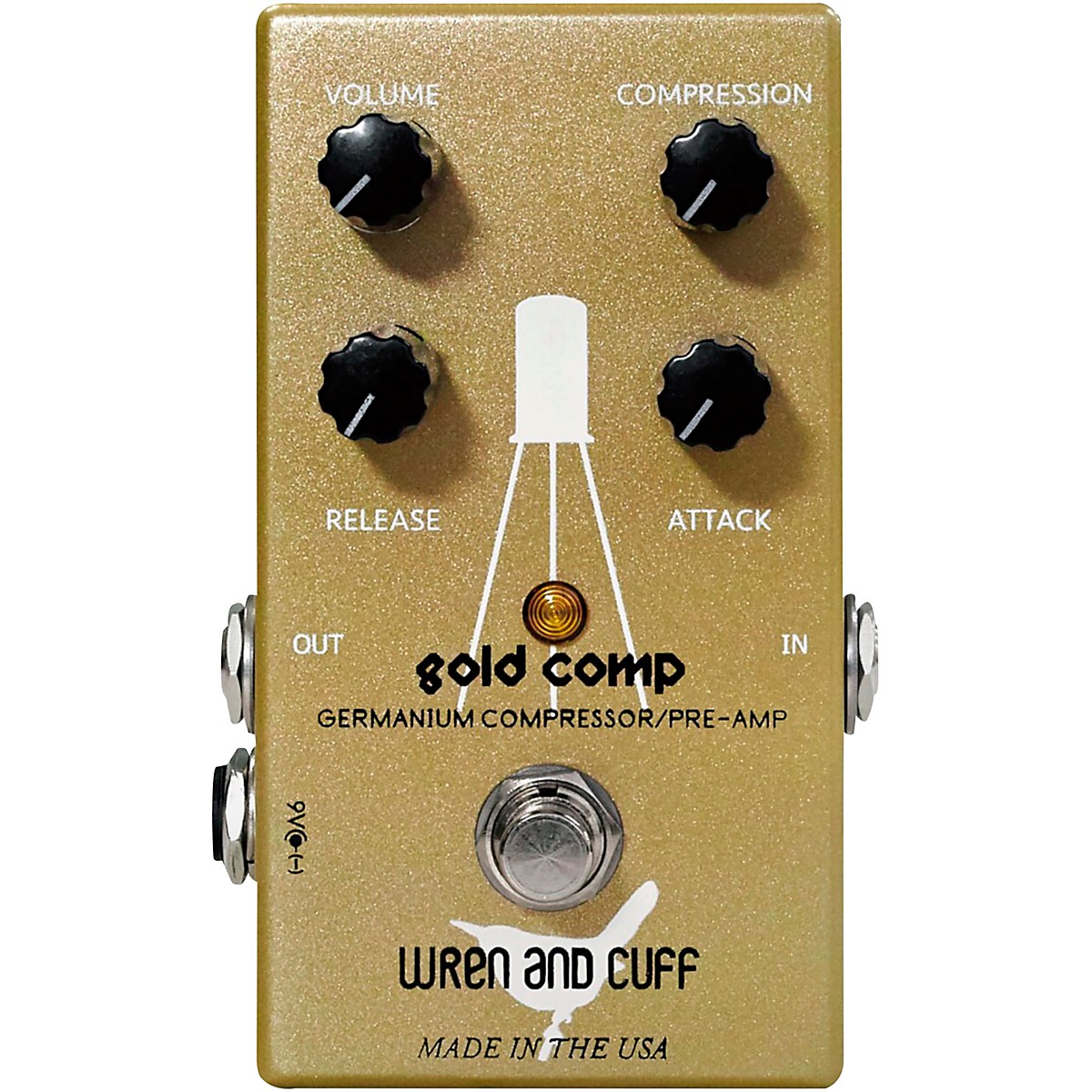 Ahhh, compression. Probably one of the most misunderstood effects in the whole world of pedals. Many seasoned players are aware of the magic of a good compressor, but for most, its not especially high on the list of gear lust we all have. It doesn’t create a wall of fuzz, it doesn’t echo, warble, or warp. It just does it’s thing, and most of the ti...  Click To Read More About This Product

Ahhh, compression. Probably one of the most misunderstood effects in the whole world of pedals. Many seasoned players are aware of the magic of a good compressor, but for most, its not especially high on the list of gear lust we all have. It doesn’t create a wall of fuzz, it doesn’t echo, warble, or warp. It just does it’s thing, and most of the time, in the hands of an experienced player, you don’t even know its there.

It can give things a lift, or smooth a spiky tele. It can bring out the balls on a bass, and make a pick’s attack on a string defined and present in the mix.

Use it in a less subtle way, and you can squash your signal, to the point of no return. Think of a clucky strat with the middle and bridge pup engaged, in the hands of a good country player or a hybrid-picker like Mark Knopfler. That cluck and pop is a compressor bringing out the articulations of the fingers, pick, strings, that would otherwise be lost in the auditory wash of a full band.

Put it in front of a dirt box with the attack backed off, a nice quick release, and only a bit of compression, and you’ll feel every dig of the pick into the strings. A great rhythm player, a bit of compression, and a tight drummer, can equal a chugging rhythm with the guitar making every hi-hat hit pop just a bit more. In short, compressor pedal can be a very good thing.

The Gold comp really is a truly special pedal. A year and a half of experimenting, tweaking, redesigning, and testing has resulted in a pedal worthy of the Wren and Cuff name.

Two hand-tested vintage germanium transistors in the box provide a natural warmth and super smooth clipping that has to be heard to be believed. The Gold Comp can go from a barely noticeable compression sitting inside of a cozy germanium pre-amp, adding a subtle sweetness to your tone, all the way to total old-school dirty squash with the twist of a couple knobs.

Pull way back on the compression, attack, and release, and you’ll have a fantastic pre-amp/ boost similar to the W&C Phat Phuk.

There often seems to be a divide between “transparent” and “dirty” compressors, the thought being that you’d need one pedal for each purpose. The Gold Comp proves that you can have both within one unit.

Experienced players who love to dial in things just right will appreciate the four control layout, and those new to the world of compressors need not be intimidated. The Gold comp sound is complex, but the operation is simple.

Constructed to the level of quality that Wren and Cuff has built its reputation on, made in the USA, with a lifetime warranty, this is a pedal you simply can’t go wrong with.
The tone is pure gold.