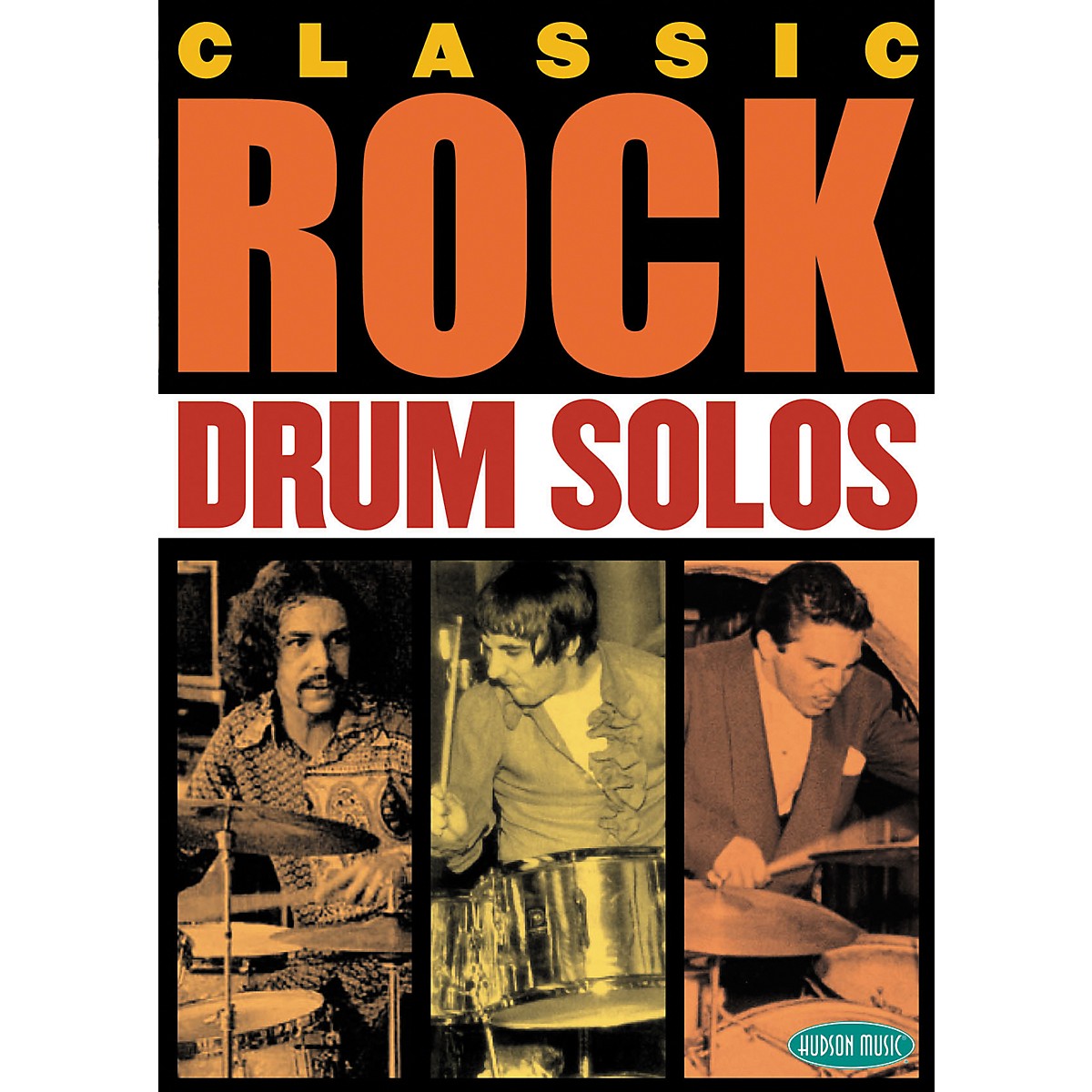 "Wipeout", "In-A-Gadda-Da-Vida", "Toad", "Soul Sacrifice"-- these recordings became the cornerstones of rock drumming and, thanks to Hudson Music, they are among the many legendary performances contained on the new DVD release, "Classic Rock Drum Solos". Hosted by rock drumming legend and historian, Carmine Appice, "Classic Rock Drum Solos" is a co...  Click To Read More About This Product

"Wipeout", "In-A-Gadda-Da-Vida", "Toad", "Soul Sacrifice"-- these recordings became the cornerstones of rock drumming and, thanks to Hudson Music, they are among the many legendary performances contained on the new DVD release, "Classic Rock Drum Solos". Hosted by rock drumming legend and historian, Carmine Appice, "Classic Rock Drum Solos" is a comprehensive collection of rock drum solos; tracing the development of the phenomenon with vintage footage of pioneers from the 1940's and 50's, rare film from the golden age of the 60's and awe-inspiring video of the pyrotechnic players of the 70's and 80's.

"Before I ever touched a pair of drumsticks or knew what a snare drum was, I saw 'The Gene Krupa Story'," recalls modern drumming icon, Neil Peart. "Krupa's showmanship and rhythmic grace shined a spotlight on the drums and the drum solo and I remember thinking, 'I wanna do that!'"

"I was totally influenced by Gene Krupa¦ and Buddy Rich," says Vanilla Fudge's Carmine Appice, who was also inspired by the drum solos of Louie Bellson, Max Roach, Joe Morello, Sonny Payne, Roy Haynes, Art Blakey, Jack DeJohnette and Tony Williams. "I got speed, showmanship, the concept of melodic playing and a lot of other great ideas from the jazz masters."

By the mid 1950's, however, new forms of popular music were being created by a new generation of musicians. Along with the baby boomers came Rock 'N' Roll music, Rock'N' Roll drumming and a new, even more spectacular type of drum solo.

In discussing the details of his performance on the disc, Michael Shrieve (Santana) recalls, "Well, it was shot at the Woodstock Festival (August 1969), which was pretty incredible. The thing that most people don't realize is that when Santana played at Woodstock we didn't even have a record out, so it was amazing that we were able to win the crowd over like we did. But, we played that show like we played all our shows¦ with lots of intensity and passion."

"It wasn't until a year later, when the Woodstock film came out and we were on the road in New York City that we were able to see the movie. We went as a group and stood in line with everybody else. As the showing before ours let out, people who had just seen the film were pointing at us in the line and whispering to each other."

"We went in to see the show and we had no idea what they had from our performance in the film. When 'Soul Sacrifice' came on we were shocked to see ourselves on the big screen with all those great musicians who played the festival. And then, when my drum solo came on and I was split into 6 of me on the screen (edited by Martin Scorsese, by the way), I didn't know whether to stand up and scream or sink down into my chair. I believe I sunk down into my chair. That was it. Our first record was out and the film shot us right to the top."

Danny Seraphine's (Chicago) performance of "I'm A Man" on the DVD is from a German TV show in 1970. "However", he explains, "'I'm A Man' didn't have a drum solo when we were first playing it in bars around Chicago. It became a drum feature when we were recording our first album in 1969, back when we were still known as the Chicago Transit Authority. We were finishing up the CTA album and decided to make it a double record set. We needed more music and we needed it fast, so we decided to pull out 'I'm a Man' and add a drum solo-- which was put together on the spot. Soloing against the percussion instruments was a lot of fun and helped keep the groove going. I remember I tried to keep the solo short and to the point."

While his exuberant performance with Journey is just one of the many highlights on the Classic Rock Solos DVD, as a player who has stretched the limits of contemporary jazz and rock drumming throughout his career, Steve Smith offers an additional perspective on the subject of drum solos.

"Being able to solo well is an important part of being a complete musician," says the Modern Drummer Hall Of Fame member. "Some rock drummers compose a solo and perform it the same way every night. But, I never memorized a solo. Since I came out of the jazz tradition I prefer the theme and improvisation approach."

"But, one principle that is shared by all great drummers is that soloing and playing time isn't an 'either/or' situation. My favorite drummers, no matter what style they played, excelled at playing with a band and soloing. Along with being impressed and entertained by these incredible solos, that's another lesson young drummers will take away from 'Classic Rock Drum Solos' DVD."

"Classic Rock Drum Solos" features a stellar array of artists and performances, including: