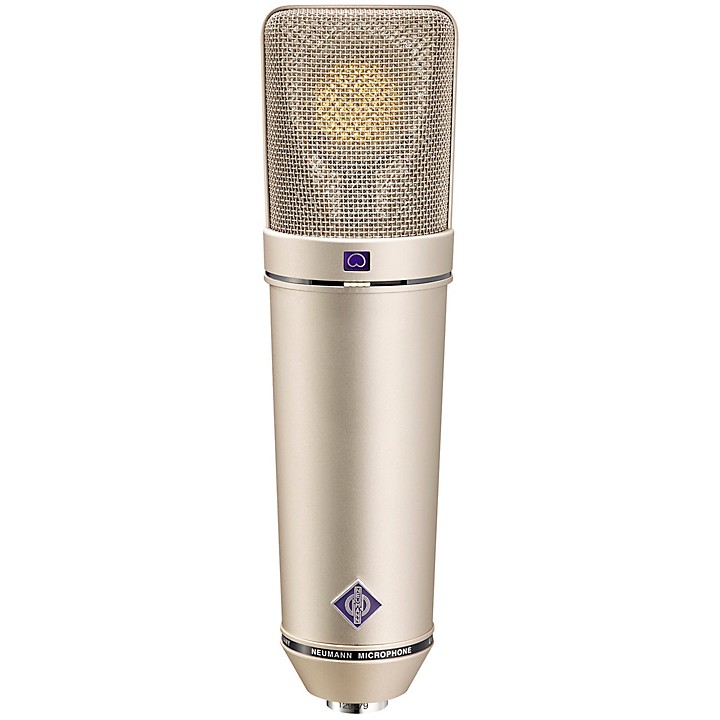 Notify me when this item is in stock.
Protect your gearLearn more
Cover drops, spills or cracks with Pro Coverage
Hey there. How can we help you out?We're here for your gear needs.
866-498-7882
See All Neumann Condenser Microphones

Since its introduction in 1967 as an FET-based successor to the legendary U 67, the Neumann U 87 has been one of the world’s most in-demand studio microphones. It achieves a miraculous sonic balance. The frequency response is remarkably flat, yet tempered with a personality and vibe that shines through. The U 87 is versatile enough for vocals, acoustic instruments, drum overheads, even for guitar and bass cabinets. A single Neumann U 87 Ai can improve the output of an entire studio. The natural sound and charismatic mid-range have made it the microphone many professional engineers reach for, time and time again.


A Studio Legend Worthy of the Title

Simply put, the Neumann U 87 Ai is the microphone other studio condensers are measured against. It has its own distinctive presence that has never quite been copied. The U 87 has appeared on countless hit records since its creation. The Beatles, Daft Punk, Stevie Wonder, Amy Winehouse—these are just a few of the artists who have relied on this microphone for vocals, instrument recordings—you name it. And because the mic has always been handmade in Germany, the construction is second to none. That's why so many original U 87 mics are still in use today.

The U 87 first gained fame as a vocal mic. Its warmth, charisma and powerful mid-range have helped define pop and rock vocals for generations. But due to the switchable polar patterns, the U 87 Ai also grew into a versatile studio workhorse. The cardioid pattern excels at recording single sources, like singers. The figure-8 pattern records front and back—think duets, or recording a singer and their guitar at once. The omni pattern picks up everything (front, back, sides) to capture ensembles and live performances. Legendary musicians have used the U 87 to record amps, acoustic instruments, full rooms, speech, vocals, drums and more. Miraculously, it doesn't just "work" for all these applications—it's one of the best mics in the world for all of them. Does that make the price any less high? No. Does that make the price worth it? Yes.

Low Cut and Pad Settings for Even More Versatility

The polar patterns aren't the only reason this mic is so useful. The switchable "low cut" removes the bottom frequencies, letting that famous U 87 mid-range shine. Low cut is most commonly used by vocalists. The exact amount of cutoff, and at what curve, is a trademark of the "Neumann sound." For the other end of the volume spectrum, the switchable "pad" is for drums and amps. It reduces the output of the mic, so that those booming fills and screeching solos don't overload the studio equipment. With the right settings, the U 87 will handle anything you throw at it, and handle it well.
Features
Specifications
Warranty
1 year warranty.