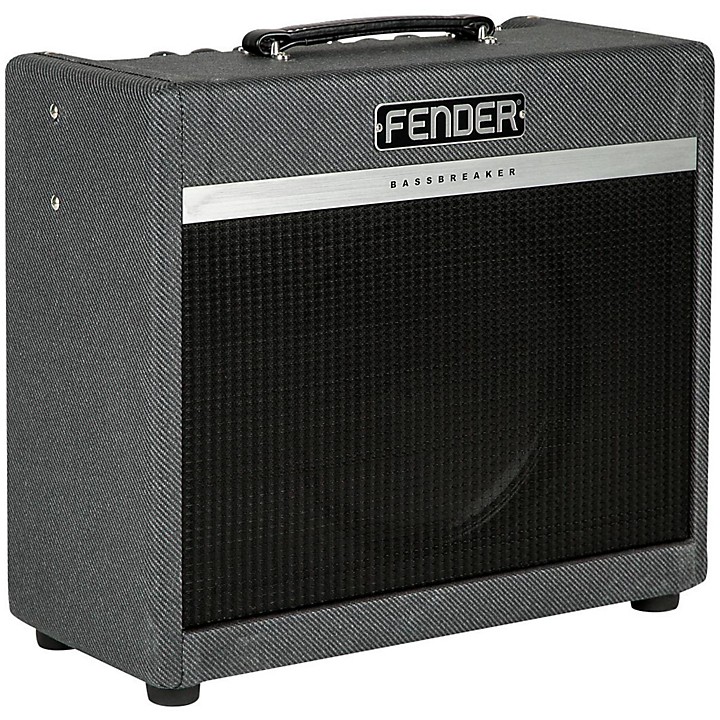 Supercharged with a plethora of flexible features, the Bassbreaker 15 is a top-notch performer for stage or studio. This chameleon-like amp creates its magic with a trio of 12AX7 preamp tubes feeding into two EL84 power tubes for 15 watts of tight, modern tone. The updated three-position Gain Structure switch gives the amp three distinct "boutique" voices, ranging from mild to wild. They're all tasty and touch-sensitive without masking the character of the guitar.

Recording-friendly features such as XLR line output with switchable speaker emulation and Power Amp Mute make it easy to lose yourself in the moment without getting bogged down by the details. And a level-adjustable digital hall reverb adds just the right amount of ambience.