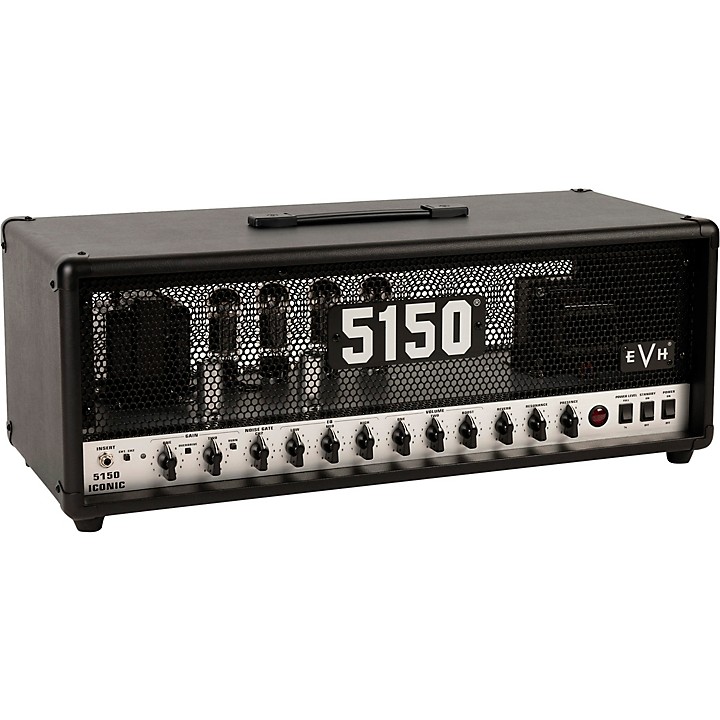 The EVH 5150 Iconic 80-watt amp head captures classic Eddie Van Halen tone like never before. A must-have for any Van Halen aficionado, this 80-watt, two-channel amp head is powered by four 6L6 output tubes and two 12AX7 JJ preamp tubes to deliver the unmistakable sound of Van Halen. Boost control over both Clean and Gain channels, along with Overdrive and Burn switches, help to shape the EVH tube tone into something entirely original. When it comes to nailing iconic Van Halen riffs, this genuine EVH amp head delivers the soaring cleans, crunchy saturation and high-gain punch that were synonymous with Eddie throughout his nearly 50-year career.

As one of the most renowned guitarists of the last half century, Eddie Van Halen made a lasting impression on the music world. Developed in collaboration with Eddie, the EVH Iconic amp head was designed specifically to capture his elusive “Brown Sound.” For fans of Eddie and his band Van Halen, the 5150 amp head is the perfect way to rock their favorite riffs.

The two channels on the EVH Iconic amp head provide plenty of tonal options to capture the entire spectrum of Eddie’s sound. Channel 1 offers a clean sweeping tone with an Overdrive switch that launches it into the famous EVH “Blue” crunch. Channel 2 delivers high gain with a Burn switch ready to add more saturation and punch at any time.

Both channels on the EVH 5150 amp head include Volume and Gain controls to fine-tune output for user preference or the playing environment. Channel 2 also features a Noise Gate and a Boost Knob for setting a “solo” boost level. Boost control over both Clean and Gain channels allows for additional fine-tuning, even without pedals.

The EVH 5150 Iconic 80-watt amp head evokes the warmth and energy of Eddie Van Halen’s music. From high-flying leads to distorted overdrive, the 5150 head makes his sound available to everyone. With full control over two footswitchable channels of classic EVH tube tone, it’s easier than ever to create something entirely original, yet inspired by one of the greats.
Features