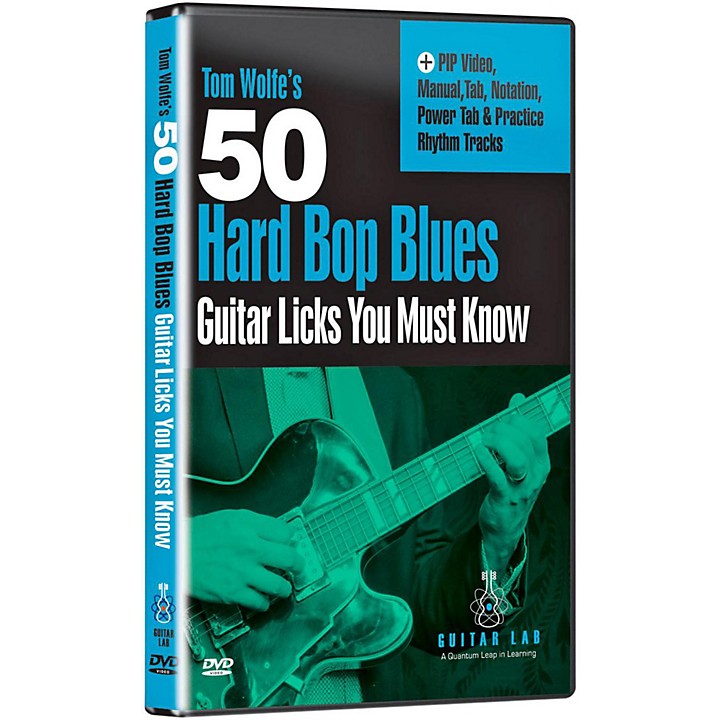 Wes Montgomery is most widely known for the music he made during the 60's and for his signature approach for improvisations, which usually began with single note passages, then an octave solo section, finally culminating with a highly-charged chordal solo. Wes' seminal approach changed the landscape for ALL guitarists for ALL time. In this collection, Tom Wolfe presents an extremely versatile vocabulary that not only celebrates Wes' contributions but also captures the stylings of the blues and jazz guitarists that he influenced.

Not only will Tom expand your vocabulary, he will also reveal all of the underlying harmonic approaches and techniques being applied: Major and minor blues scales, pentatonic applications, applications for both the flatted and major 3rd, triplet ornamentations, articulation, use of ghost notes, alternate fingerings, encapsulation, bending, chromatic passing tones, ii-V lines, 6th intervals, octaves (of course!), hemiola (the 3 against 4 feeling in a 4/4 time signature), tension and resolution, color tones, pedal points, side-stepping, diminished voicings, rhythmic intensity, syncopation, chordal soloing techniques and so much more.

All of the licks are presented over a rhythm track so that you can hear and practice them in a musical context. Each performance is then followed by a detailed breakdown of the line along with the techniques and harmonic approach being employed to perform it. Everything is tabbed and notated, plus you get all of the rhythm tracks to practice the lines with by yourself.

Grab your guitar and buckle up for this guided whirlwind tour back to the source of Hard Bop Blues!

Guitar Lab's innovative learning systems employ a hands-on approach where students "play" their way through the curriculum using learning tools such as PIP video, practice rhythm tracks, and interactive tab and notation, which allows the student to play along with the tab and notation, at any tempo, without change in pitch.
Features
866-498-7882 English
877-687-5402 Español
Chat Now
Give Feedback