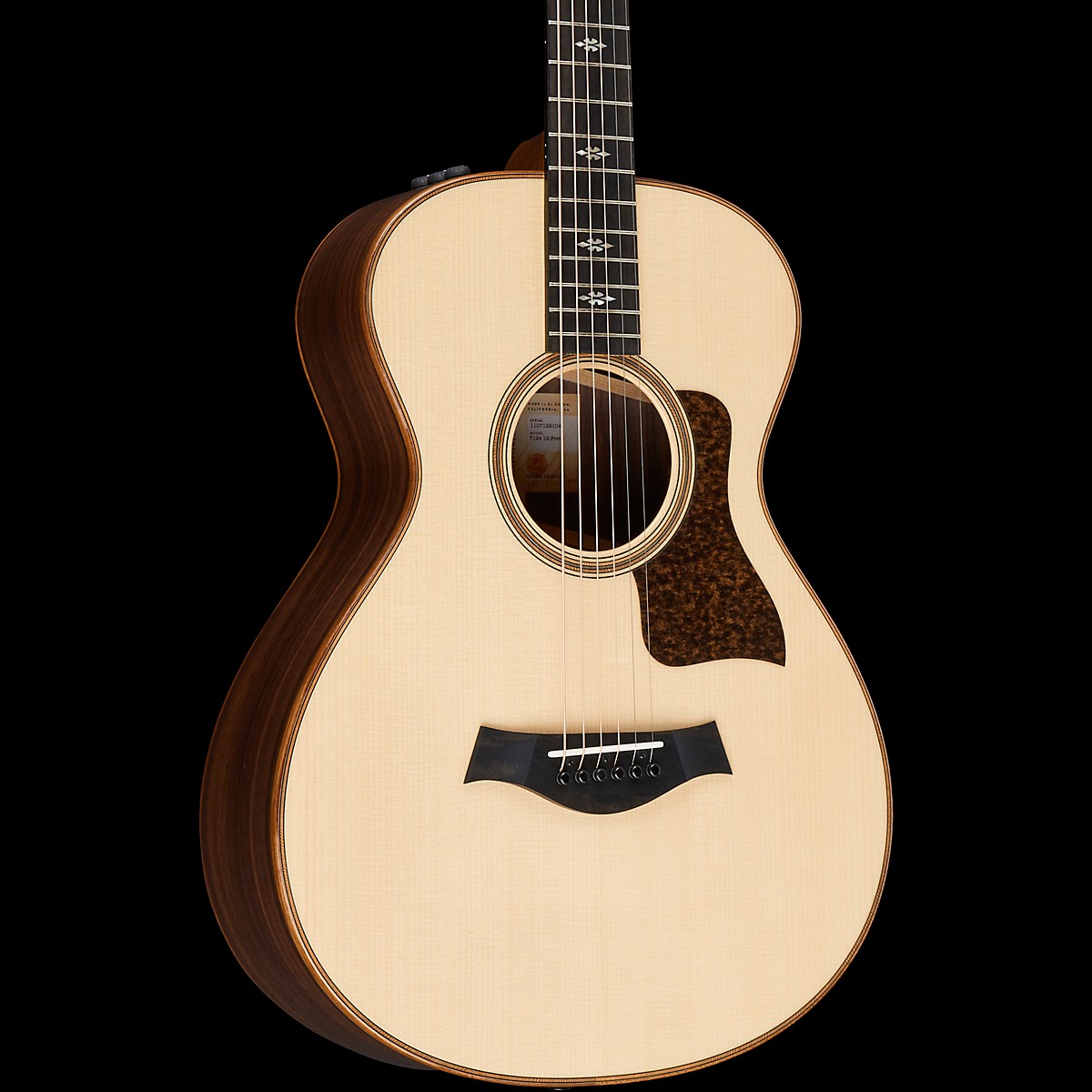 These guitars promise to give back to players everything they put in and then some. Appointment details include non-figured koa binding, a 3-ring herringbone-style rosette featuring mirrored, bias-cut Douglas fir with maple/black trim, top edge trim of bias-cut end-grain Douglas fir with maple/black accents, and Taylor's "Reflections" fretboard inlay made of pale green abalone. The guitars come with a deluxe hardshell case made by Taylor for optimal fit and protection.

Tone Wood Pairing
A guitar's top is the primary filter and distributor of vibrating string energy through the guitar, which means it has a huge impact on its sound. Lutz Spruce is a naturally occurring hybrid of Sitka and White spruce. Sitka is the most prevalent guitar top wood of the modern era because it blends stiffness and elasticity in just the right proportions which translates into broad dynamic range with crisp articulation. Lutz spruce takes these attributes and blends them with those of White and Englemann spruce, with an end result resembling old Adirondack spruce.

When combined with Taylor's bracing architecture, guitars are more powerful, richer and louder than before. Solid Indian rosewood back and sides complement the Lutz top with sound that's made it one of the most popular tone woods ever. Rosewood produces the strongest bass response among the tone woods commonly used for guitars, with a slightly scooped midrange. Rosewood's sweeping frequency range - deep lows that assert a throaty growl with sparkling highs - rings out with bell-like, high-fidelity clarity. It yields a full-range acoustic voice with complex overtones and extended sustain.