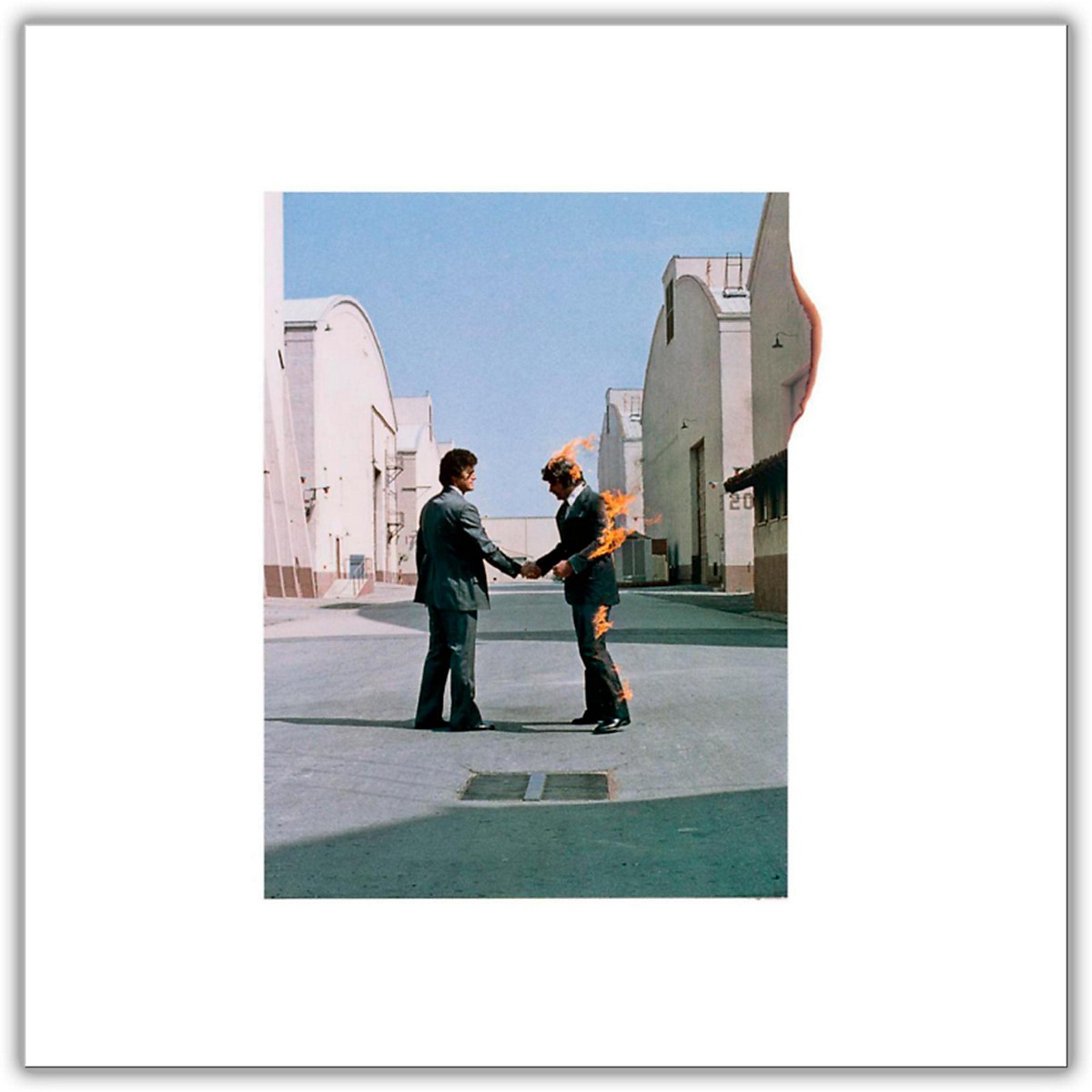 Some bands turn into shorthand for a certain sound or style, and Pink Floyd belongs among that elite group. The very name connotes something specific: an elastic, echoing, mind-bending sound that evokes the chasms of space. Pink Floyd grounded that limitless sound with exacting explorations of mundane matters of ego, mind, memory, and heart, touchi...  Click To Read More About This Product

Some bands turn into shorthand for a certain sound or style, and Pink Floyd belongs among that elite group. The very name connotes something specific: an elastic, echoing, mind-bending sound that evokes the chasms of space. Pink Floyd grounded that limitless sound with exacting explorations of mundane matters of ego, mind, memory, and heart, touching upon madness, alienation, narcissism, and society on their concept albums of the '70s. Of these concept albums, Dark Side of the Moon resonated strongest, earning new audiences year after year, decade after a decade, and its longevity makes sense. That 1973 concept album distilled the wild psychedelic of their early years -- that brief, heady period when they were fronted by Syd Barrett-- into a slow, sculpted, widescreen epic masterminded by Roger Waters, the bassist who was the band's de facto leader in the '70s.Waters fueled the band's golden years, conceiving such epics as Wish You Were Here and The Wall, but the band survived his departure in the '80s, with guitarist David Gilmour stepping to forefront on A Momentary Lapse of Reason and The Division Bell. Throughout the years, drummer Nick Mason and keyboardist Rick Wright appeared in some capacity, and the band's sonic signature was always evident: a wide, expansive sound that was instantly recognizable as their own yet was adopted by all manner of bands, from guitar-worshipping metal-heads to freaky, hippie, ambient electronic duos. Unlike almost any of their peers, Pink Floyd played to both sides of the aisle: they were rooted in the blues but their heart belonged to the future, a dichotomy that made them a quintessentially modern 20th century band.

That blues influence, quickly sublimated and only surfacing on the occasional Gilmour guitar solo, was the foundation for the band's very name, as the group decided to splice the names of two old bluesmen --Pink Anderson and Floyd Council-- as a tribute to the American music they loved so. These members of the early Floyd -- guitarist/singer Syd Barrett, bassist Roger Waters, keyboardist Rick Wright, and drummer Nick Mason-- were all architecture students at London Polytechnic, with the exception of Barrett, who was an art student and a friend of Waters since childhood. This version of the band started gigging regularly in 1965, with Barret becoming the group's lead singer quite quickly. During this time, the group relied on blues and R&B covers, not unlike many of their British peers, but they wound up extending the time of their sets through extended instrumental jams, planting the seeds of space rock that would come to fruition not much later. During 1966, the group's increasingly adventurous sets became something of a sensation in the London underground, leading to a contract with EMI early in 1967. Their first single, "Arnold Layne," backed with "Candy and a Currant Bun," appeared in March of 1967, and it was banned from some radio stations due to its gender-bending lyrics, but the single wound up in the U.K. Top 20 and the group's second single, "See Emily Play" -- a menacing, mincing stomp with a profound, lasting influence -- went into the Top 10, paving the way for the release of The Piper at the Gates of Dawn. On their full-length LP, Pink Floyd veered toward the experimental and avant-garde, particularly on the elastic, largely instrumental vamps "Astronomy Domine" and "Interstellar Overdrive," resulting in an album that had a significant influence not only upon its release but well beyond. It was also a hit in the U.K., reaching number six on the British charts.

Side 1Side 2
Pro Coverage
Manufacturer's Warranty