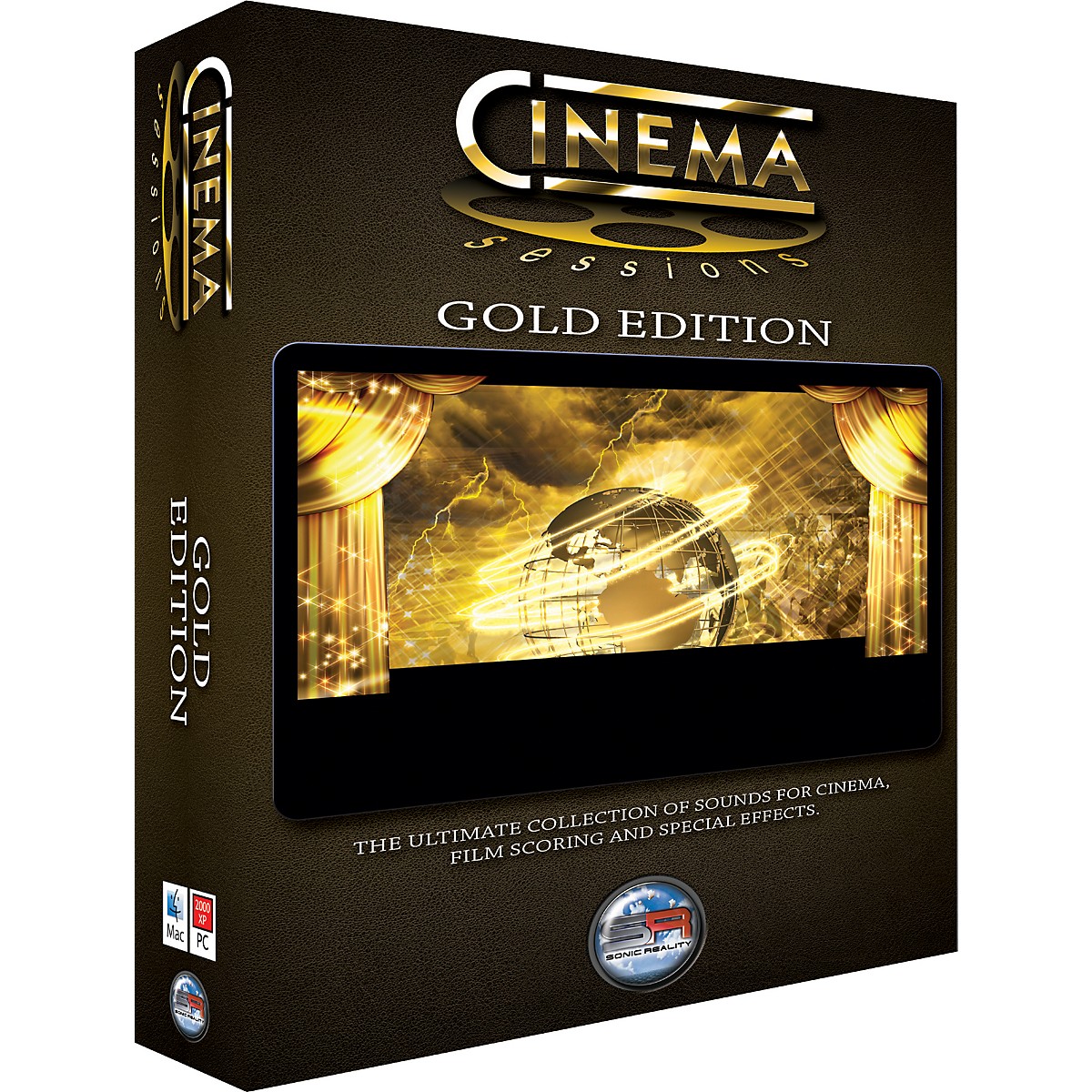 See All Sonic Reality Sound Libraries, Loops & Refills
Out of Stock Online Please call or chat to check your local store inventory for this item.

Expanding on Sonic Reality's latest "Sounds for Film" and other media categories, the Cinema Sessions: Gold Edition sound library offers unique sonic effects with a musical twist. Whether it is orchestral hits and swells, wild symphonic effects you'd hear in a blockbuster movie, 3-dimensional whooshes for a car commercial, a transition cue on TV, or the exotic ambiance of ancient Aztecs to use in film, music, or any media production, Cinema Sessions: Gold Edition is the ideal source for any music composer, DJ or media producer.

Cinema Sessions: Global Atmospheres
Cinema Sessions: Global Atmospheres contains over 350 samples of exotic sounds from all over the world. From tribal Native American drums to Ancient Aztec Ambiance to rare sounds from the Mediterranean, this sample collection is a must-have for any media producer, sound designer, or music composer. Whether you are creating authentic world sound effects for film and video games, or wanting to add ethnic sonic flavors to electronic, rock, pop, and world music, the sample library delivers a diverse range of rare sonic landscapes, percussion loops, authentic voices, and ethnic instrument riffs.