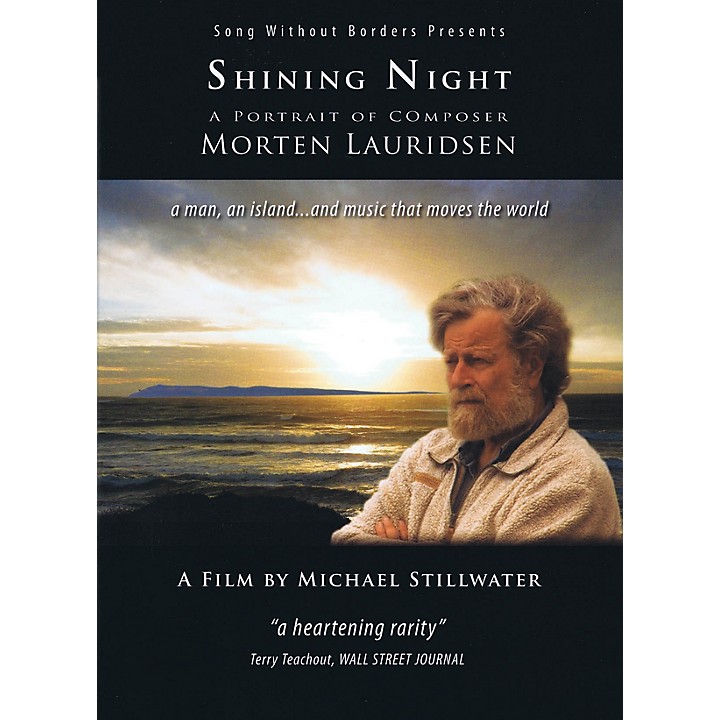 Notify me when this item is in stock.
Hey there. How can we help you out?We're here for your gear needs.
866-498-7882
See All Song Without Borders Music Theory & History DVDs

A film by Michael Stillwater, 'a heartening rarity' (Wall Street Journal), 'Best Documentary' (DC Independent Film Festival) Shining Night: A Portrait of Composer Morten Lauridsen, the first episode of the Song Without Borders series, In Search of The Great Song, is also the first documentary about the artist considered to be one of the greatest living choral composers. A National Medal of Arts recipient, named an American Choral Master by the National Endowment for the Arts, Lauridsen has achieved the status of the most frequently performed modern choral composer. Featuring his music performed by vocal groups in America and Europe, the film gives the viewer a rare glimpse of his life and inspiration, derived from spending time in solitude in nature. Filmed in Los Angeles; San Francisco; Waldron Island, Washington; and Aberdeen, Scotland. Click here to access website dedicated to this film. Click here to view a video trailer.
866-498-7882 English
877-687-5402 Español
Chat Now
Give Feedback