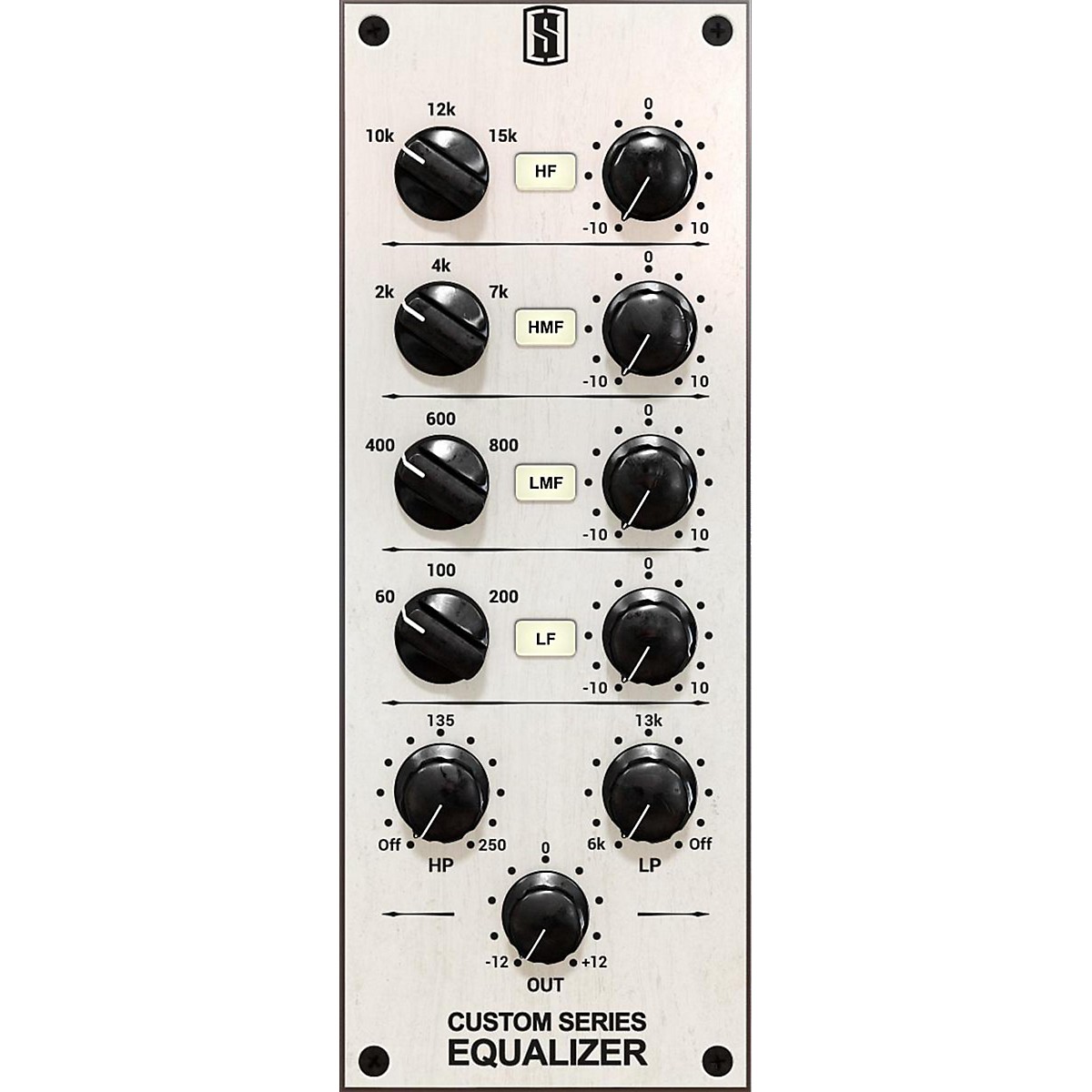 This is the Slate Digital Custom Series Bundle, a coupling of two state-of-the-art recording studio software packages that complement one another beautifully. Every great studio needs a great EQ, and this two-program bundle offers a hybrid design of some of recording history's legendary equalization concepts, all brought together into a cohesive wh...  Click To Read More About This Product

This is the Slate Digital Custom Series Bundle, a coupling of two state-of-the-art recording studio software packages that complement one another beautifully. Every great studio needs a great EQ, and this two-program bundle offers a hybrid design of some of recording history's legendary equalization concepts, all brought together into a cohesive whole by one of the best audio design teams in the industry. This hybrid equalization concept is further assisted by Slate Digital's Lift, and application that brings your EQ scheme to a next level of musicality and rich harmonic content.

CUSTOM SERIES EQ:
The Custom EQ is the result of studying over a dozen classic analog EQs and identifying the best attributes of each, then piecing these attributes together in a singleEQ. That means every band of the Custom EQ has its own uniquely modeled boost design, its own distinct attenuation design, and even its own analog modeled output section with rich musical harmonics to give it a lively analog vibe. But despite the EQ™s hybrid nature, you™ll find it to be cohesive, intuitive and natural sounding.

And again, the cuts of each band have their own character and shape too, all optimized for their specific roles, so the Custom high band will reduce the thinness and harshness of your source but it won™t take away clarity. The upper-mid cut is designed to remove the abrasive and nasal qualities without removing presence; the low-mid cut can remove the boxiness and mud without removing the warmth; the low-end cut can remove boominess without making the source sound weak and weightless;the high and low pass filters are designed with an extremely gentle slope so that they always make the audio source remain natural.

CUSTOM SERIES LIFT:
At first glance, the LIFT looks like a straightforward two-knob processor, but there is a lot going on under the hood. The LIFT has two analog modeled parallel filter networks that 'lift' the top end of the frequency spectrum and the low end of the frequency spectrum in a musical and natural way. The goal with LIFT was to make the effect cohesive and transparent, and yet, with the custom analog modeled harmonic output stages, also lively and deep. With LIFT you can easily manipulate the source to sound how you want it without sounding overly affected or unnatural.

The HI Lift has two settings, one called "present," which focuses the effect on the mid frequencies, and one called "silky," which focuses a bit more on the higher frequencies. Low Lift also has two settings: BIG which is a broad hefty sound that universally increases the mass of your low end, and PUNCHY, which is a more focused and punchy sounding boost that is amazing on percussive material. Both sections are the result of thorough research and study of some of the industry™s top analog designs.

The reason that LIFT has been called a "BEAST" by our beta team is because you'll find that a lot of material can be processed perfectly using just one or both of these LIFT processes. You'll also find that by using LIFT at the beginning of your chain, your tracks will take shape quickly and you'll need LESS processing and further EQ down the road. And finally, LIFT can fix problematic tracks in a way that makes them sound like they™ve never had a problem at all.

The Custom Series LIFT is a true workhorse processor that will come in handy more than you™ll ever imagine. Its rich analog sound is natural and cohesive, and it can help you mix faster and more intuitively.