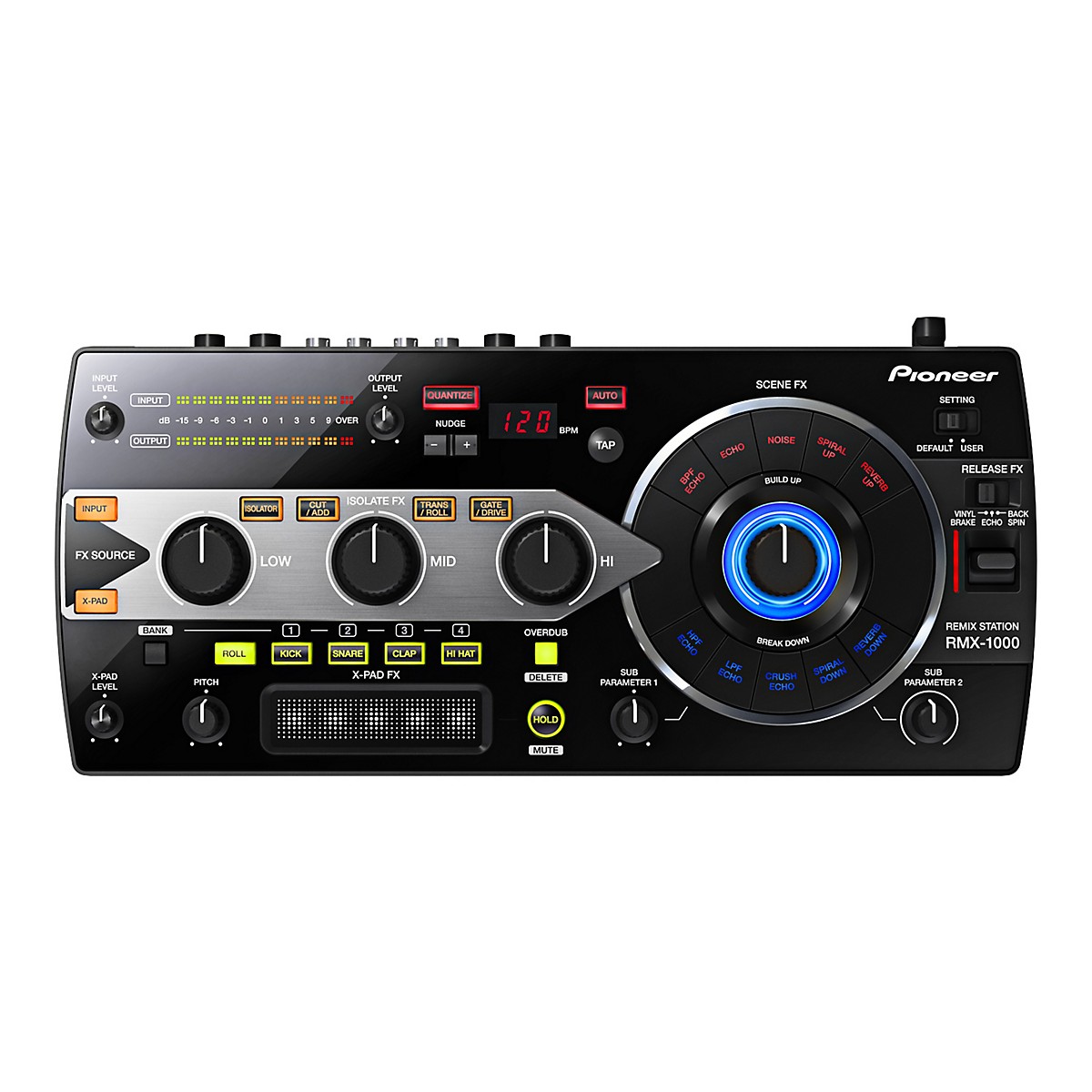 The RMX-1000 is a powerful, compact and portable remix station that encourages DJs to take their performance to the next level of creativity. Get intuitive control of your music, with built-in effects, build-ups, breakdowns, rhythm and timbre changes, and a touchpad section that lets you add your own parts to the music. Four sections of the device ...  Click To Read More About This Product

If one or more of the items you ordered weighs less than 1 lb. is shipping to a PO Box or, if the order is held for credit card verification, it may take more than five buisness days to arrive.
Learn to play this instrument:
Get in-store Lessons
Pick a plan and select a store (price varies by location)
A $30 registration fee for new students will be added in cart. Existing students can visit or call your store. | edit
Learn about Guitar Center Lessons.

Conveniently located within Guitar Center stores nationwide, our Lessons program covers a broad range of instruments for all skill levels for students ages 7 and up. Learn with expert instructors with a passion for music, matched to fit your style and goals.

The RMX-1000 is a powerful, compact and portable remix station that encourages DJs to take their performance to the next level of creativity. Get intuitive control of your music, with built-in effects, build-ups, breakdowns, rhythm and timbre changes, and a touchpad section that lets you add your own parts to the music.

Four sections of the device are arranged with easy-to-control knobs and buttons that control multiple effect parameters. By combining the effects from each section, wider arrangements with greater individuality can be performed with ease.

SCENE FX
In the SCENE FX section, users can choose between five BUILD UP effects and five BREAK DOWN effects. The BUILD UP effects, consisting of BPF ECHO, ECHO, NOISE, SPIRAL UP and REVERB UP, add sounds, while BREAK DOWN effects, consisting of HPF ECHO, LPF ECHO, CRUSH ECHO, SPIRAL DOWN and REVERB DOWN, cut sounds. A large knob increases or decreases the parameter of effects chosen by simply turning the knob. Two sub-parameters knobs are also available for additional changes to the effects being produced.

ISOLATE FX
The ISOLATE FX section, consisting of three individual knobs, processes the low, mid and high frequency bands of the music passing through. The section is loaded with three effects in addition to an Isolator, providing rhythm patterns, timbre, etc., letting users freely modify the output for the HI/MID/LOW frequency bands. In addition to the Isolator, three additional effects in the section are available including CUT/ADD, TRANS/ROLL and GATE/DRIVE.

X-PAD FX
The device features a touchpad section called the X-PAD FX that enables users to develop and add new sounds not found in the original music. In addition to its four built-in effects, KICK, SNARE, CLAP and HI HAT, other sound effects edited in Pioneer's remixbox software can be inserted using an SD card (not included) during DJ play.

RELEASE FX
The system also includes a RELEASE FX lever that eliminates the current music playing and leaves only the sound effects. RELEASE FX can also be used to create the opposite effect: When the lever is released, all section effects are eliminated while the original music continues to play. Three types of RELEASE FX are available including VINYL BRAKE, ECHO, and BACK SPIN.
The included remixbox software allows the user to customize various settings of the RMX-1000 on a computer, changing parameters such as volume output and values for different sections of the device. The customized settings can then be transferred using an SD card for use with other RMX-1000s.

Using the included RMX-1000 Plug-in VST/AU plug-in software, users can create the same type of music production and effects while DJing on a computer. In addition, connecting the device to a computer enables it to act as a controller for music production.