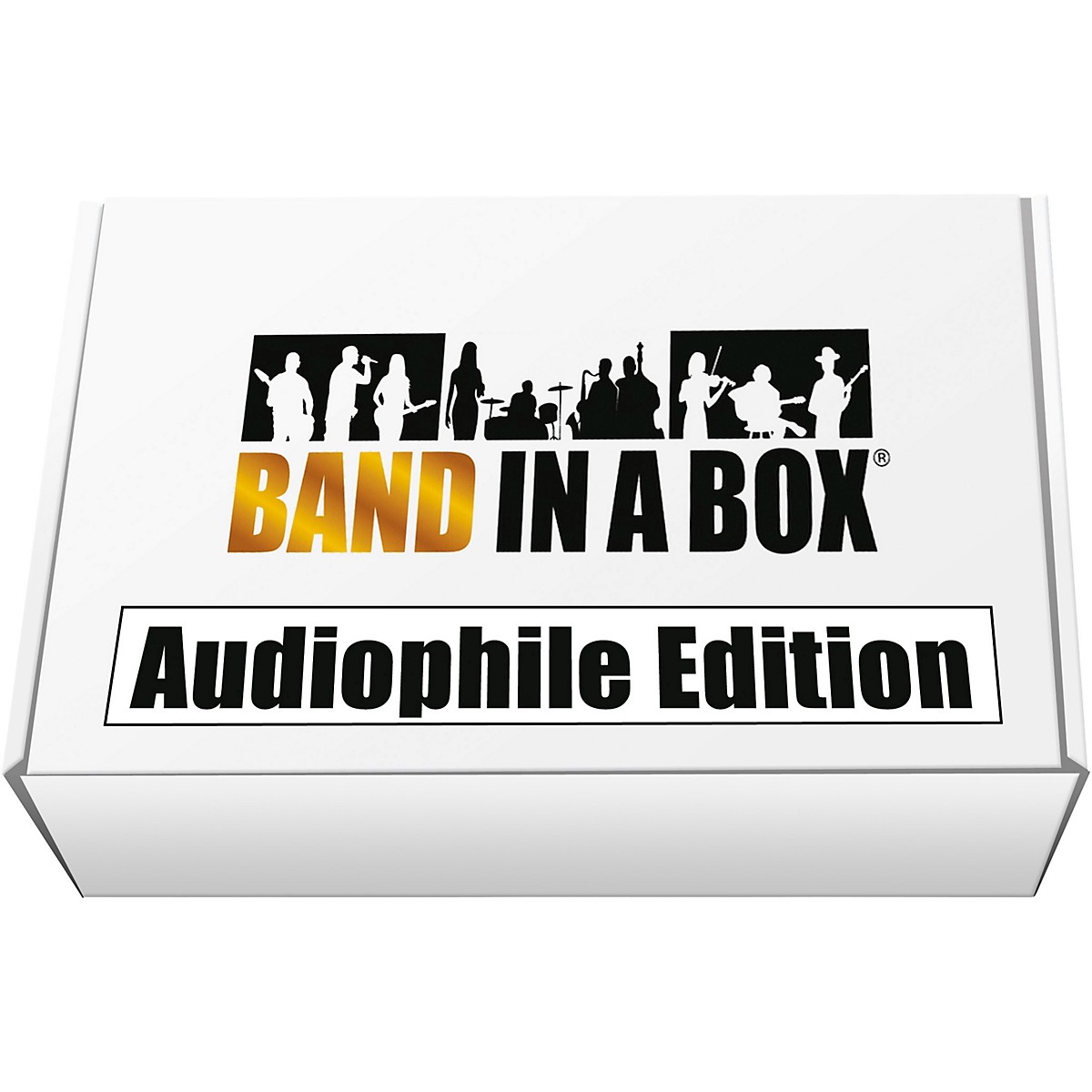 Perfect for musicians, songwriters, and educators, the award-winning Band-in-a-Box is the world’s premier auto accompaniment and style-based music creation software. Use it to easily create music backing tracks for your songwriting, vocal performances, or create jam tracks for practicing solos and improvisation. You can also use it as a powerful so...  Click To Read More About This Product

Perfect for musicians, songwriters, and educators, the award-winning Band-in-a-Box is the world’s premier auto accompaniment and style-based music creation software. Use it to easily create music backing tracks for your songwriting, vocal performances, or create jam tracks for practicing solos and improvisation. You can also use it as a powerful songwriting tool. Band-in-a-Box automatically creates professional-quality backing tracks in a wide variety of popular styles including Rock, Pop, Country, Folk, Celtic, Blues, Jazz, Latin, and Bluegrass styles. You can also create your own Hybrid Styles. Use Band-in-a-Box to write songs or to practice improvisation and soloing. Band-in-a-Box easily delivers great-sounding backing tracks in a multitude of styles.

Studio Musicians Always on Call
Your backing tracks will sound even better with RealTracks. These sound best because they are actual recordings of the performances by top studio musicians. It’s like having live studio musicians available to play anytime. RealTracks are available in a wide range of musical styles, keys, and tempos. There are over 2,700 RealTracks included in the UltraPAK or UltraPAK+ which equates to over 2,700 hours of recorded performances! You get RealTracks for guitar, bass, piano, banjo, saxophone, and much more. RealStyle automatically selects RealTracks for you when generating an arrangement. RealCharts even lets you view the music notation and guitar tab/fretboard display. RealCombos that make it easy to assign all song tracks to the same style using a RealTracks band. RealDrums (a type of RealTrack) give you the perfect drum groove complete with fills and brushes for jazz arrangements. You even get “Woodshedding” RealTracks from Brent Mason played in 12 keys. They are displayed with Hi-Q Tab/Notation, which is ideal for studying and learning.

Bands in a Wide Variety of Styles
RealCombos are preset arrangements of RealTracks in specific styles. They make it easy to select RealTracks for your song. For example, the “Jazz Swing 140” RealCombo includes RealCombo includes bass, piano, guitar, sax, and drums that were recorded at a medium swing tempo of 140 bpm. (Note that RealTracks can be used at any tempo; however, they sound most natural when played close to the originally recorded tempo.) Import/Export AppleLoops (Mac) and Acid files (Windows) or other loops or your favorite MIDI track in any style to any track in your arrangement. Band-in-a-Box includes MIDI styles and MIDI SuperTracks that allow you to customize MIDI sounds and edit notes.

Create Your Own Style
Hybrid Styles allow you to mix-and-match instruments from up to five RealCombos so you can create your custom sound. For example, your custom arrangement could have a Reggae bass, Rock drums, and Salsa piano. Create a name for your Hybrid Style, save it, and use it anytime.

Amazing Vocal Harmonies
Simply record your vocal part, choose a harmony, and Band-in-a-Box will generate up to 4-part vocal harmonies for you using the world-leading TC-Helicon Vocal Technologies engine. If your singing is not in perfect tune, Band-in-a-Box can “fix” vocals to the correct pitch using the Melody track.

Save, Print, Render and Share Your Music
Want people to perform your song live? Just print out your complete song arrangement as sheet music. Easily generate lead sheets for your band. Want an audio recording? Use the built-in mixer to control volume, panning, tone, and reverb for each instrument in your ultra-realistic Band-in-a-Box arrangement. The “Combo” slider lets you make changes to all tracks at once. Export directly as audio files (AIFF, M4A, or WAV) for use in other programs (GarageBand, Cubase, etc.) or to share on the Internet. Time-saving features include automatic track labels, video tutorial-help buttons, and a Piano Window to display piano notes. The Audio Edit Window displays a digital waveform for the Audio track for selecting, playing, and editing audio.

VST Support
VST plugin support allows Band-in-a-Box to access a huge library of 3rd party software instruments that play through your computer without requiring external sound sources. Each Band-in-a-Box track lets you use multiple instruments for distinctive layered sounds. You can also use VST audio plug-ins (reverb, delay etc.) to enhance your tracks. Customize over 150 of the guitar-based RealTracks with the Guitar Amp Simulator (AmpliTube CS). Band-in-a-Box includes the Sforzando VST synthesizer with support for the popular. SFZ sound format, as well as Hi-Q sounds.