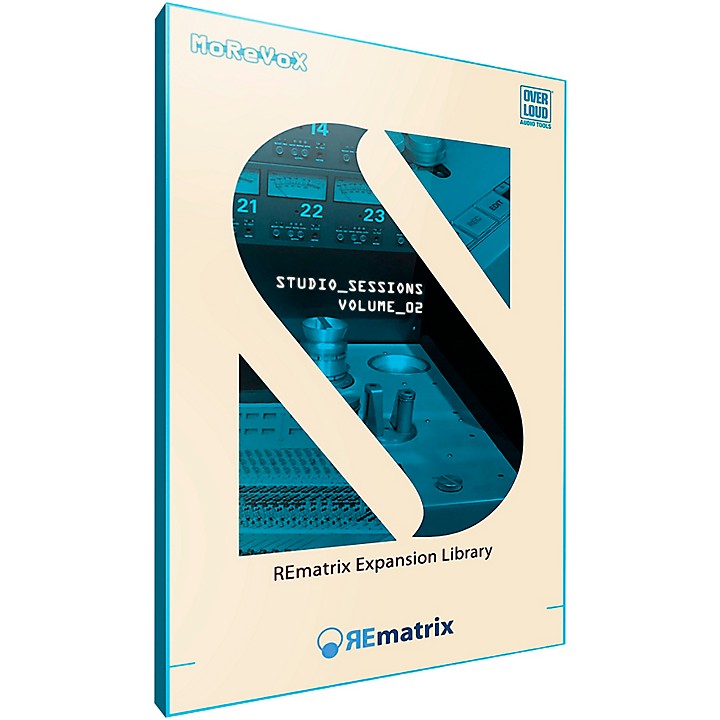 Studio Sessions II is an expansion of Studio Sessions, the best-selling REmatrix library created for deep and natural reverberations. Overloud and MoReVoX developed Studio Sessions II by capturing the best reverb units found on many different studios. They have been recorded in their purest form as well as through several consoles in order to capture the beauty of each different coloration.

The Studio Sessions II library gives you instant access to the most classic reverb tones in multiple nuanced recordings. Reverb units include:

A Collection of 180 IRs and 100 Individual Presets

The presets have been created during real mix studio sessions with a particular focus on vocals, keyboards, synth, drums as well as acoustic instruments. Studio Sessions II can be used as an individual library, or in conjunction with Studio Session Vol. I (sold separately) to get a massive library of 330 IRs and 200 presets—one of the largest collections of Classic reverbs ever created.
Specifications