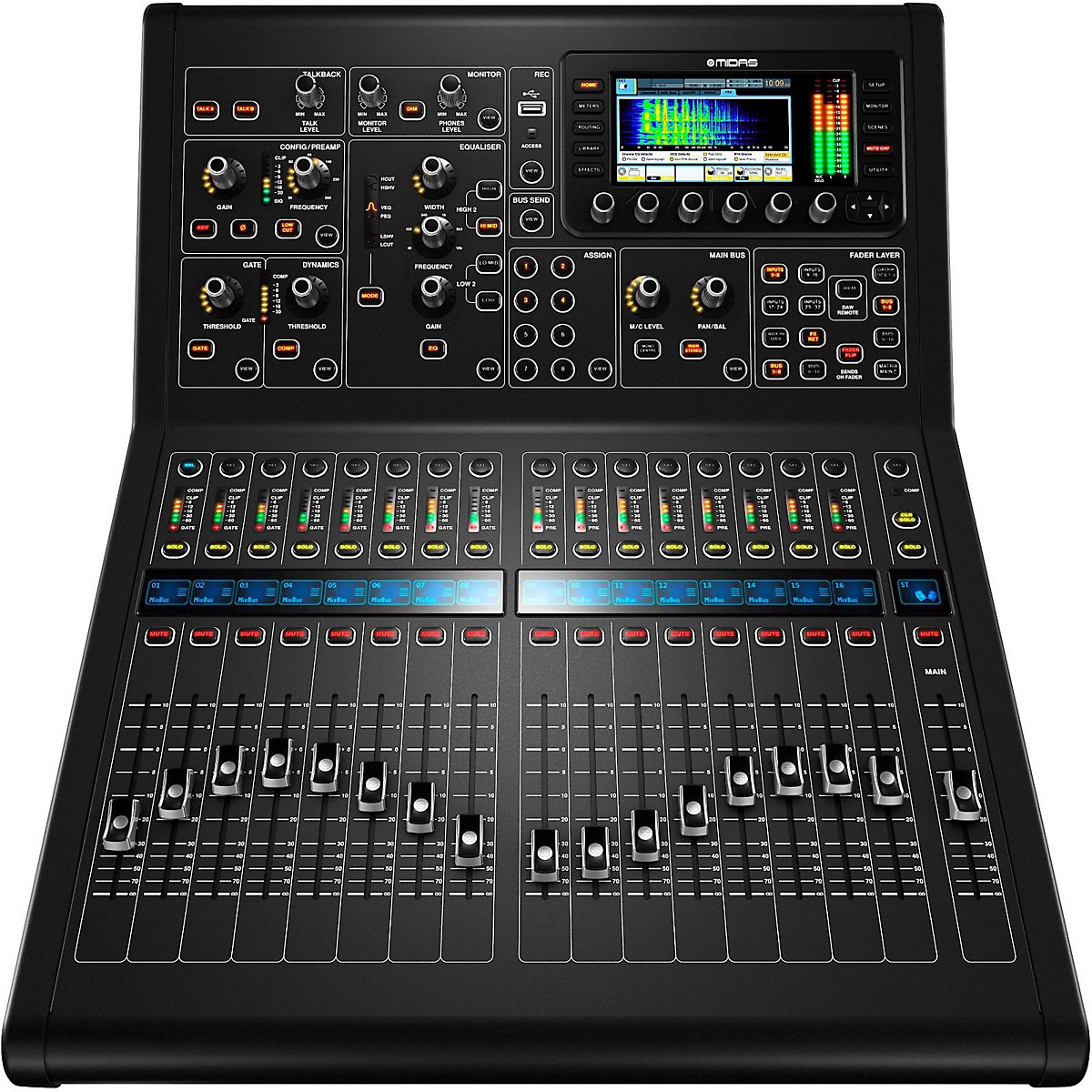 The goal for the MIDAS M32R Digital Mixing Console was to combine the best of classic British console designs with advanced modern technology to completely redefine what a rack mountable digital desktop mixing console can offer. Drawing on inspiration from luxury and high-performance cars, MIDAS set out to design the M32R with innova...  Click To Read More About This Product

See All Midas Digital Mixers
Out of Stock Online Please call or chat to check your local store inventory for this item.

The goal for the MIDAS M32R Digital Mixing Console was to combine the best of classic British console designs with advanced modern technology to completely redefine what a rack mountable digital desktop mixing console can offer. Drawing on inspiration from luxury and high-performance cars, MIDAS set out to design the M32R with innovative technological advancements while simultaneously maintaining the feel, essence, and intangible qualities of their cherished brand. Many different construction materials were tested. Countless design variations were explored. And in the end, a styling was chosen that represented the perfect marriage between aerodynamic artistry and uncompromising performance, and the result is the 40-input M32R digital console with 16 MIDAS PRO microphone preamplifiers and 25 mix buses. A true statement of MIDAS excellence.

Legendary MIDAS Sound Quality
While the MIDAS M32R design, styling, and construction will surely turn a lot of heads, it’s the sound that matters most to engineers and performing artists. And that’s where M32R shines even brighter – as the latest in a long line of pristine-sounding MIDAS consoles, it descends from a celebrated lineage that literally set the standard in electrical design and sound quality. Ever since MIDAS consoles first found fame 40 years ago with acts like Billy Joel, Yes, The Beach Boys, Pink Floyd and others, the MIDAS legacy has always been about uncompromising quality and the ultimate in sound reproduction.

Award-Winning MIDAS Mic Preamplifier
The MIDAS mic preamp is considered by leading live sound and recording engineers to be the very essence of the famous MIDAS sound. More than 40 years of design experience paired with the finest choice of premium-grade components lead to the acclaimed warmth and depth, bring out subtle ambience, maintain spatial positioning, and more effectively capture a precise image. The acclaimed sound of the award-winning MIDAS microphone preamplifier has inspired generations of live sound engineers to their best work, creating sonic landscapes that have captivated audiences worldwide.

Creating Sonic Landscapes
The MIDAS preamplifier design eliminates typical imbalances of gain-setting stages, thereby improving the common-mode rejection ratio (CMRR) and harmonic distortion to an almost immeasurable level. The constant high-frequency bandwidth topology assures excellent stability, RF rejection and noise performance at all gain levels, contributing to its transparent, open and dynamic sound. But it doesn’t end there, over the years many mix engineers have found that this robust and overload-tolerant design takes on a whole new dimension of sound when driven hard, the pristine audiophile reproduction giving way to just the right combination of harmonics, a warm and organic sound heard by millions of concertgoers and recorded for posterity on countless live albums over the years.

What Makes the M32R Possible is – Everything
Whether you come from an analog mixing background, or are accustomed to using other digital consoles, your first experience with M32R has been engineered to be intuitive, fluid and straightforward. The brilliance of the M32R is its simplicity and workflow. Tactile controls allow smooth adjustments to critical elements as the mix progresses while the TFT screen keeps you informed every step of the way. This integration of tactile controls, motorized faders and the array of LCD and TFT displays makes the M32R experience the premiere solution for Live Sound, Broadcast, Studio Recording and Post Production applications.