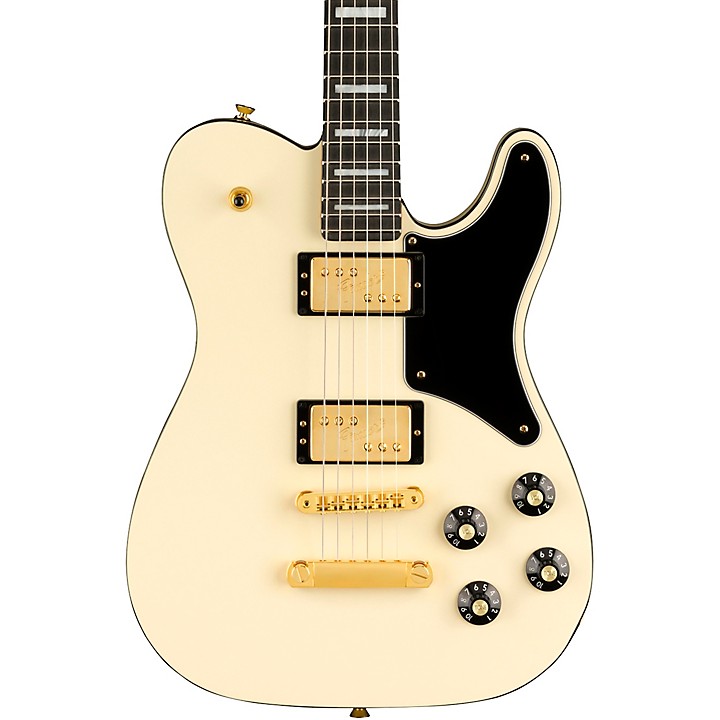 Notify me when this item is in stock.
Protect your gearLearn more
Cover drops, spills or cracks with Pro Coverage
Hey there. How can we help you out?We're here for your gear needs.
866-498-7882
See All Fender Solid Body Electric Guitars

The Fender Parallel Universe Vol. II Troublemaker Tele Deluxe is here at Guitar Center. It’s a genre-mixing instrument with humbucker tones that can be split for single-coil sounds. Featuring a mahogany body and neck, a snappy maple fretboard, dual volume and tone controls and a stopbar tailpiece, this is a fully-customized Fender for players who want one guitar to do it all.

Fender picked mahogany for this Tele body. With a warm and even mid-range, it complements the sonic slate of the humbuckers. Just like vintage Fenders, the Troublemaker Tele Deluxe is finished in nitrocellulose lacquer, which allows the wood to breathe.

This Troublemaker’s neck is mahogany, and it’s no baseball bat: the profile is a modern-C. The maple fretboard has a standard 25.5" scale length and 22 medium-jumbo frets with black block inlays.

The Troublemaker Tele Deluxe is capable of both humbucker and single-coil tones, courtesy of Tim Shaw’s pickups. This Double Tap features is activated with the Push-Push volume controls, which splits the bridge and neck pickups respectively. Instead of a standard blade switch, it uses a 3-way toggle on the upper bout. Dual volume and tone controls have black “witch hat” knobs.

Hardware That’s Rare for a Fender

A stopbar tailpiece anchors the strings firmly into the Troublemaker’s body before it passes over the Adjusto-Matic bridge. All hardware, including the vintage-style tuners, are in gold.