Gear returned in mint condition. If you're looking for a virtually new instrument in possibly less-than-perfect packaging, this is a great value.
Gear returned in great condition, with only minor signs of use, such as slight scuffs or pick marks. It looks and plays like new and may be considered an equivalent to display units found in retail stores.
$586.00 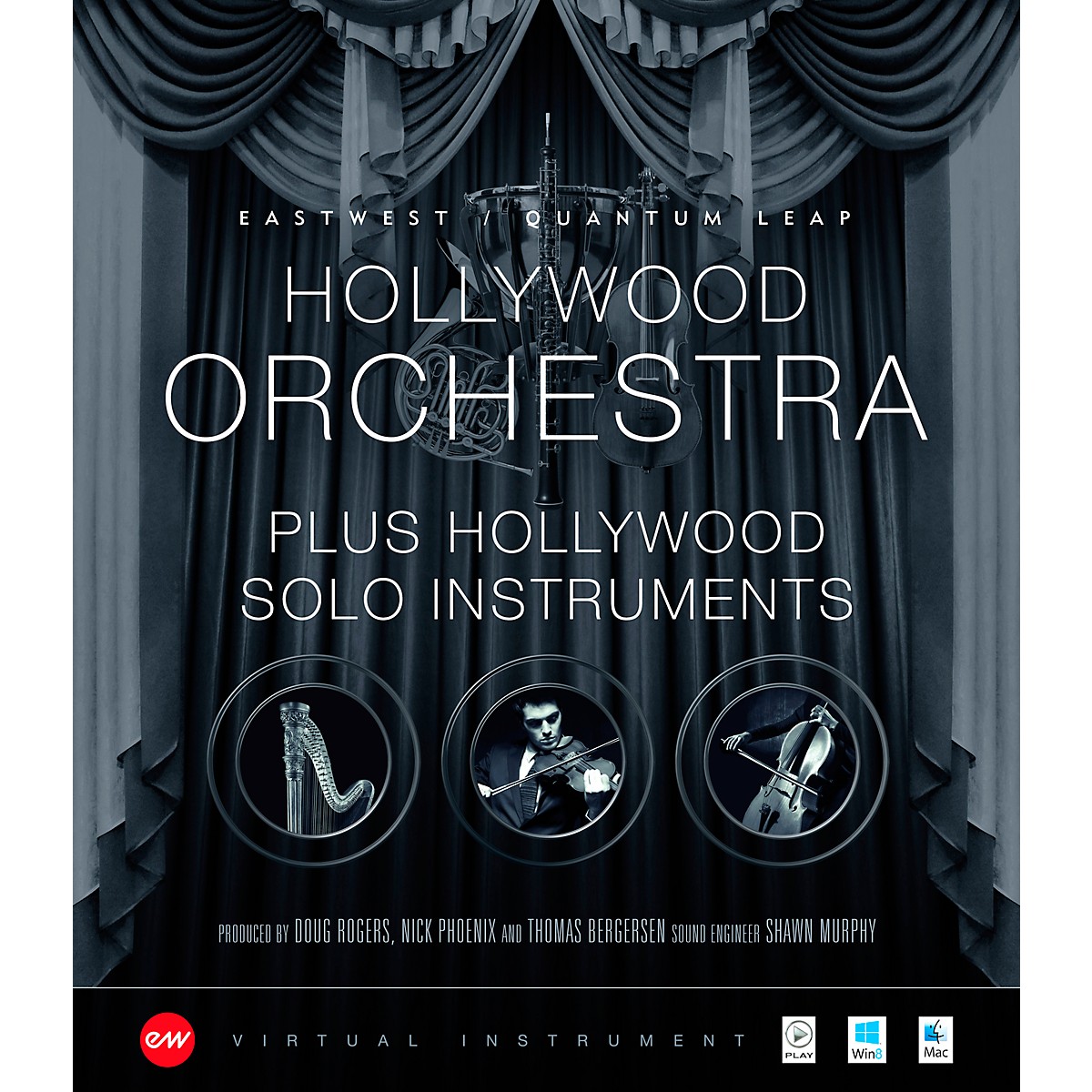 HOLLYWOOD ORCHESTRA offers unprecedented control over the sound and the instruments, including up to 5 mic positions (Diamond Edition) for all instruments, and is a must have compositional tool for serious composers. HOLLYWOOD ORCHESTRA and HOLLYWOOD SOLO INSTRUMENTS are also available in lower cost Silver and Gold Editions, including the best stereo mic position chosen by the producers.

HOLLYWOOD ORCHESTRA includes EastWest's PLAY 5 64-bit software, that includes powerful scripting for ease of use, and more user control than any other collection — all recorded in the famous EASTWEST STUDIO 1, the home of major Hollywood Soundtracks and Television Themes.

HOLLYWOOD ORCHESTRA and HOLLYWOOD SOLO INSTRUMENTS are the culmination of over seven years of recording, editing, and programming, and is a must have compositional tool for serious composers.

HOLLYWOOD STRINGS
HOLLYWOOD STRINGS has many groundbreaking features not found in any other collection. Finger position is, for the first time, controllable by the user, so you can play as far up the strings as you want, and get a fuller more romantic Hollywood sound. Vibrato intensity and extensive dynamics are controllable by the user. Extensive multi-dynamic true legato has been sampled for all sections in three different categories: slurred, portamento, and bow change. This results in unsurpassed legato performance that has never been available. HOLLYWOOD STRINGS has five user-controllable mic positions, including main pickup (Decca tree), mid pickup, close pickup, surround pickup, and an alternate vintage circa 1945 RCA ribbon room pickup.

HOLLYWOOD BRASS
Hollywood Brass is the most powerful, realistic and extensive brass library ever created. There is a focus and ease of use in this Virtual Instrument that is unprecedented. Hollywood Brass runs flawlessly in the new PLAY 5 engine and has 10 times the content and detail than its closest competitor, without any additional complexity or clutter. New revolutionary fanfare patches are light on computer resources, but offer the most playable and instantly gratifying results on just one midi channel. But words are just words. Once you experience Hollywood Brass, you will see that this is EastWest's finest creation to date — (Producers Doug Rogers, Nick Phoenix and Thomas Bergersen).

HOLLYWOOD ORCHESTRAL WOODWINDS
Hollywood Orchestral Woodwinds was designed to be the most detailed collection of orchestral woodwind instruments ever assembled, and offers unprecedented control over the sound of the instruments.