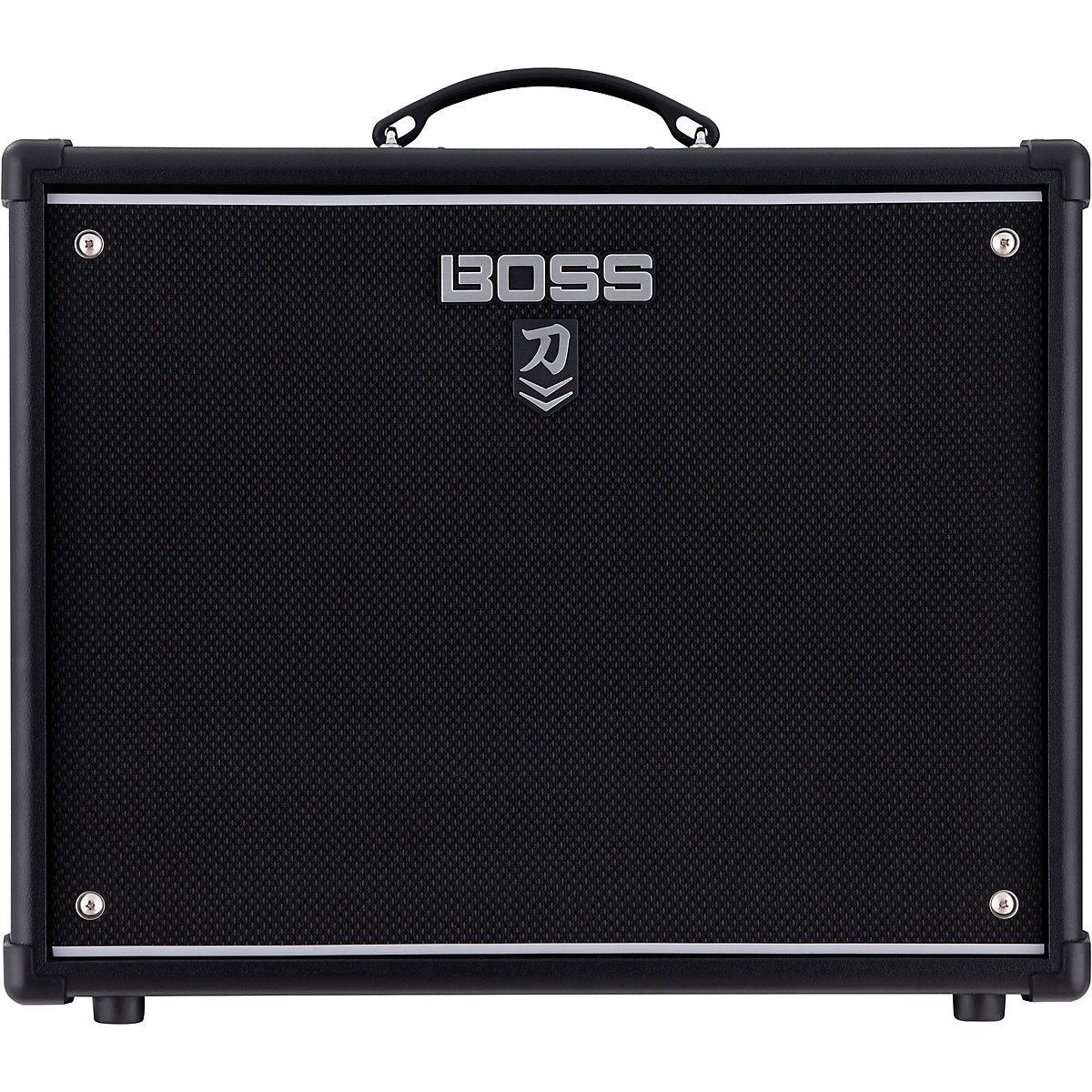 Katana MkII takes the acclaimed Katana guitar amp series to the next level, turbocharging the core platform with more sounds, more effects, and more features. Newly voiced variations are now available for all five amp characters, doubling the tonal options. And the onboard effects categories have been expanded from three to five, providing even mor...  Click To Read More About This Product

Compact Gig Commander
The optional GA-FC foot controller is the perfect partner for the Katana-100 MkII. It connects with a single cable, requires no external power, and features a slim, rugged profile that takes up minimal space. With six footswitches, you’re able to recall Tone Settings, turn effects on/off, and tap in tempos. Two expression pedals can also be connected, providing foot control of volume, Pedal FX, and up to three assignable parameters (configurable in BOSS Tone Studio).

BOSS Tone Studio Enhancements
BOSS Tone Studio has also evolved alongside the Katana MkII amplifiers. The interface has been updated with a refreshed look, and a number of parameters have been consolidated into the main screen for faster workflow. There’s also a dedicated Pedal FX category, making it easier to assign wah and pedal bend effects to a connected expression pedal. And if you’re a first-gen Katana owner, it’s possible to import your custom patches and use them all with Katana MkII.