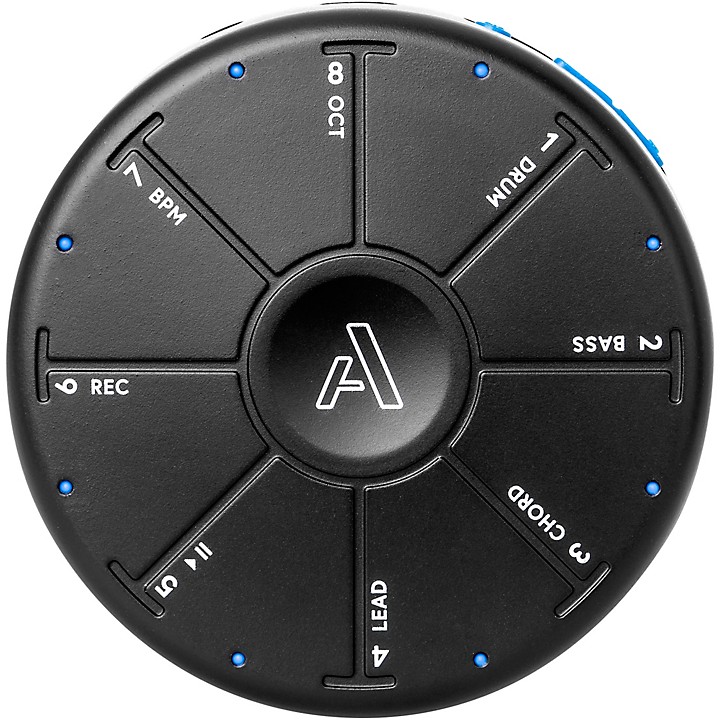 The follow-up to Orba, Artiphon’s best-selling instrument, Orba 2 has everything you love about the original—plus some significant upgrades. Make songs in seconds with the most unique sounds in the world. Play through the built-in speaker or plug-in headphones. Pair wirelessly to the Orba app to customize your instrument and share your creations with friends. Take your music making to new heights with Orba 2, anywhere you go.

Play Any Sound in the World

Orba 2’s unique sounds include electronic synths, as well as more traditional and acoustic instruments. Its redesigned sound engine lets you play pianos, guitars, band instruments and more. You can conduct a string orchestra in the park—no strings attached, and no screens required.

With the Orba 2 app, you can record any sound from the real world and instantly turn it into a playable musical instrument. For example, you could capture the sounds of the city on your walk—whether it’s turning a jackhammer into a percussion instrument, or capturing a tone from a street busker so you can play it yourself later.

Orba 2 has an integrated looper that allows you to record right on the device itself. Using Drum, Bass, Chord and Lead modes, you’ll be able to combine these sounds to create songs that are uniquely yours. Orba 2’s new quantizing feature will keep everything in time, so you focus on creativity and fun. And, since Orba 2 has far more memory than its predecessor, you’ll be able to make way longer songs—up to 128 bars.

Orba’s touch and motion sensors combine to capture even the most subtle micro movements. The playing surface features eight highly touch-sensitive pads, and Orba has nine core gestures: Tap, Press, Spin, Radiate, Tilt, Shake, Slide, Vibrato, Move and Bump. Each motion can control the onboard synth engine or your MIDI music software of choice. Simply by sliding a finger across the Orba 2’s surface, you’ll have endless fun blending and morphing these samples to achieve an infinite combination of sounds. You’ll never play the same note twice.

Use Orba to control your MIDI-based software and hardware instruments (via USB-C or wirelessly via Bluetooth MIDI). Use Orba with GarageBand, Ableton Live, Logic Pro, Pro Tools, Cubase, FL Studio, as well as any MIDI-compatible mobile app. In addition, Orba is fully compliant with the new standard for MIDI Polyphonic Expression (MPE), making it capable of multiple independent note expressions.