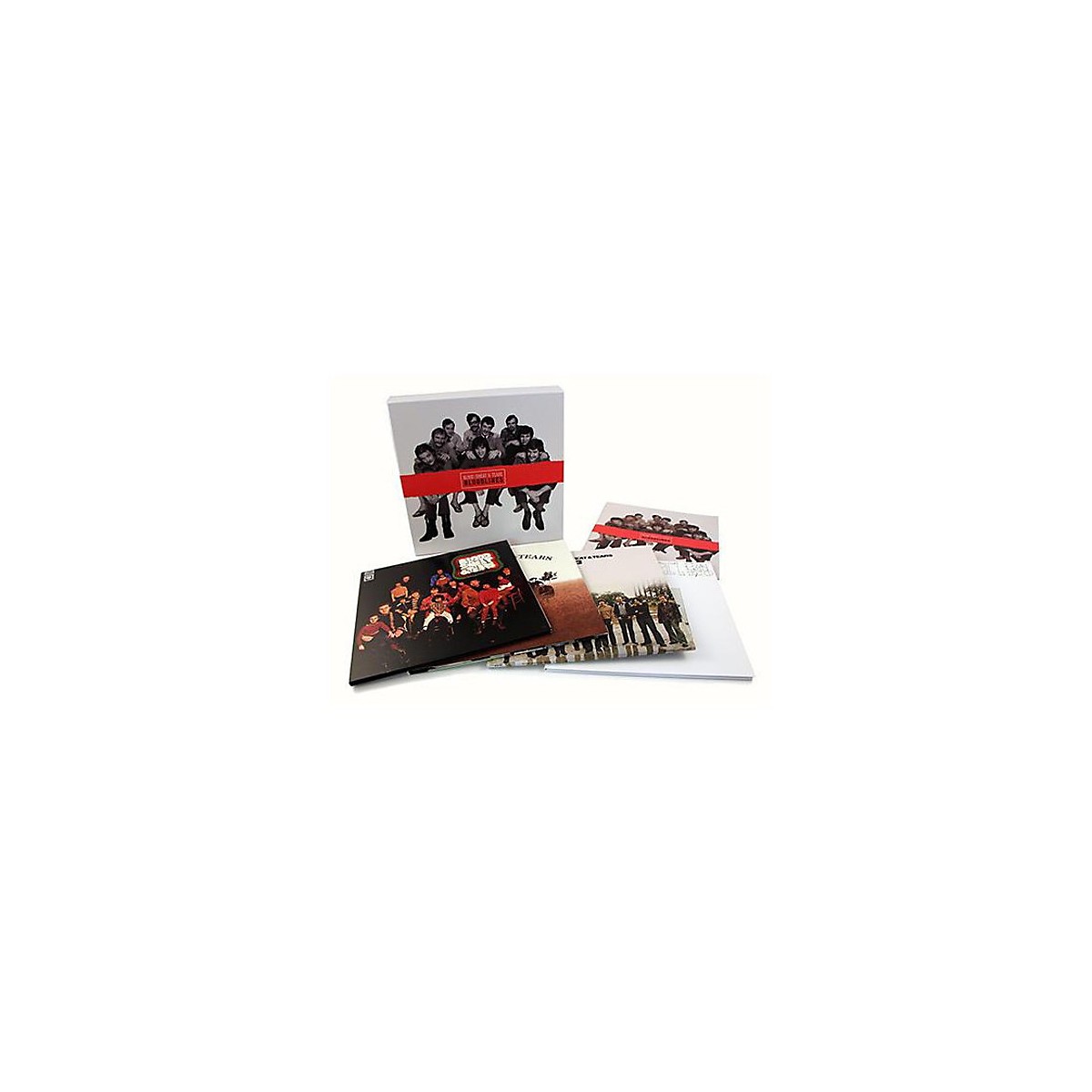 Release Date:05/05/2017;Notes:Blood, Sweat & Tears - Bloodlines Analogue Productions box set tells the story behind the groundbreaking horn band! Four album box set includes: Child Is Father To The Man Blood, Sweat & Tears (Self-Titled) Blood, Sweat & Tears 3 B, S & T 4 In-depth essay by lead singer David Clayton-Thomas highlights booklet with rare photos LPs mastered by Ryan K. Smith at Sterling Sound from the original master tapes Quality Record Pressings plating by Gary Salstrom, pressed on 200-gram audiophile vinyl Housed in a custom designed deluxe hinged box David Clayton-Thomas landed in New York City in 1966, drawn from his native Canada to appear on the NBC network TV show "Hullabaloo" as a guest of fellow Canadian Paul Anka. Anka wanted a Canadian band to feature on the show and Clayton-Thomas fronted a jazz/rock band called The Bossmen - "we had the number one record in Canada at the time." Clayton-Thomas returned to Toronto after the show but the creative scene in the Big Apple beckoned. He got a NYC gig playing guitar for John Lee Hooker - and in the funky clubs of Greenwich Village he met several founding members of what was to become a chart-dominating jazz fusion band with an utterly distinctive sound - Blood, Sweat & Tears. For a brief period at the end of the 1960s and the start of the 1970s, Blood, Sweat & Tears, which fused a rock 'n' roll rhythm section to a horn section, stormed the pop charts. Clayton-Thomas joined this stellar group of musicians in 1969, bringing a handful of new songs as they delivered the monumental Grammy Album of the Year Blood, Sweat & Tears. Now hear the music and read the complete story about how this legendary band succeeded, from the ultimate BS&T insider - David Clayton-Thomas himself! Bloodlines, from Analogue Productions captures the BS&T sound as never before, on four remastered LPs - Child Is Father To The Man, Blood, Sweat & Tears, Blood, Sweat & Tears 3 and B, S & T 4. Each album was remastered from the original master tapes by Ryan K. Smith at Sterling Sound in New York, and each was plated and pressed on deluxe 200-gram heavyweight vinyl at our own Quality Record Pressings, maker of the world's finest-sounding LPs. The jackets - from Stoughton Printing - are top-of-the-line, old-style tip-on showcasing immaculately reproduced artwork. The whole set comes in a custom-designed deluxe hinged box. For this special box set, David Clayton-Thomas was gracious enough to contribute a wonderfully-written essay telling the whole history of the band and it's origins. The eight-piece band signed to Columbia Records and recorded Blood, Sweat &Tears' debut album, Child Is Father to the Man, which was released in February 1968. Cofounder Al Kooper then departed, and the group was reorganized. Singer David Clayton-Thomas was added, trombonist Dick Halligan moved to the keyboards, and trumpeters Chuck Winfield and Lew Soloff replaced Randy Brecker and Jerry Weiss, with Jerry Hyman being added on trombone. This nine-piece unit, working with producer James William Guercio, made Blood, Sweat & Tears' self-titled second album, released in January 1969. Blood, Sweat & Tears was a runaway hit, spawning three gold-selling Top 10 singles, "You've Made Me So Very Happy," "Spinning Wheel," and "And When I Die," selling three million copies and winning the Grammy Award for Album of the Year. This is a momentous box set presenting a historically-significant band in the deluxe fashion that it deserves. Like all of our Analogue Productions reissues, we've painstakingly sweated the details to bring you the utmost listening experience. Now you can listen to these cherished album favorites in the highest quality, as you gain insights into the band and it's recordings from Clayton-Thomas' informative account of the band's history.;Track List:1. Overture;2. I Love You More Than You'll Ever Know;3. Morning Glory;4. My Days Are Numbered;5. Without Her;6. Just One Smile;7. I Can't Quit Her;8. Meagan's Gypsy Eyes;9. Somethin' Goin' on;10. House in the Country;11. The Modern Adventures of Plato Diogenes and Freud;12. So Much Love / Underture;13. Variations on a Theme By Erik Satie (1st and 2nd Movements);14. Smiling Phases;15. Sometimes in Winter;16. More and More;17. And When I Die;18. God Bless the Child;19. Spinning Wheel;20. You've Made Me So Very Happy;21. Blues - Part II;22. Variation on a Theme By Erik Satie (1st Movement);23. Hi-De-Ho;24. The Battle;25. Lucretia Mac Evil;26. Lucretia's Reprise;27. Fire and Rain;28. Lonesome Suzie;29. Symphony for the Devil;30. He's a Runner;31. Somethin' Comin' on;32. 40000 Headmen;33. Go Down Gamblin';34. Cowboys and Indians;35. John the Baptist (Holy John);36. Redemption;37. Lisa Listen to Me;38. A Look to My Heart (Instrumental);39. High on a Mountain;40. Valentine's Day;41. Take Me in Your Arms (Rock Me a Little While);42. For My Lady;43. Mama Gets High;44. A Look to My Heart;Special Attributes:OVERSIZE ITEM SPLIT